Twitter followers were outraged over the latest issue of Newsweek magazine, featuring a Photoshopped Princess Diana (whose 50th birthday would have been this Friday) and her daughter-in-law, Kate Middleton, walking side-by-side. 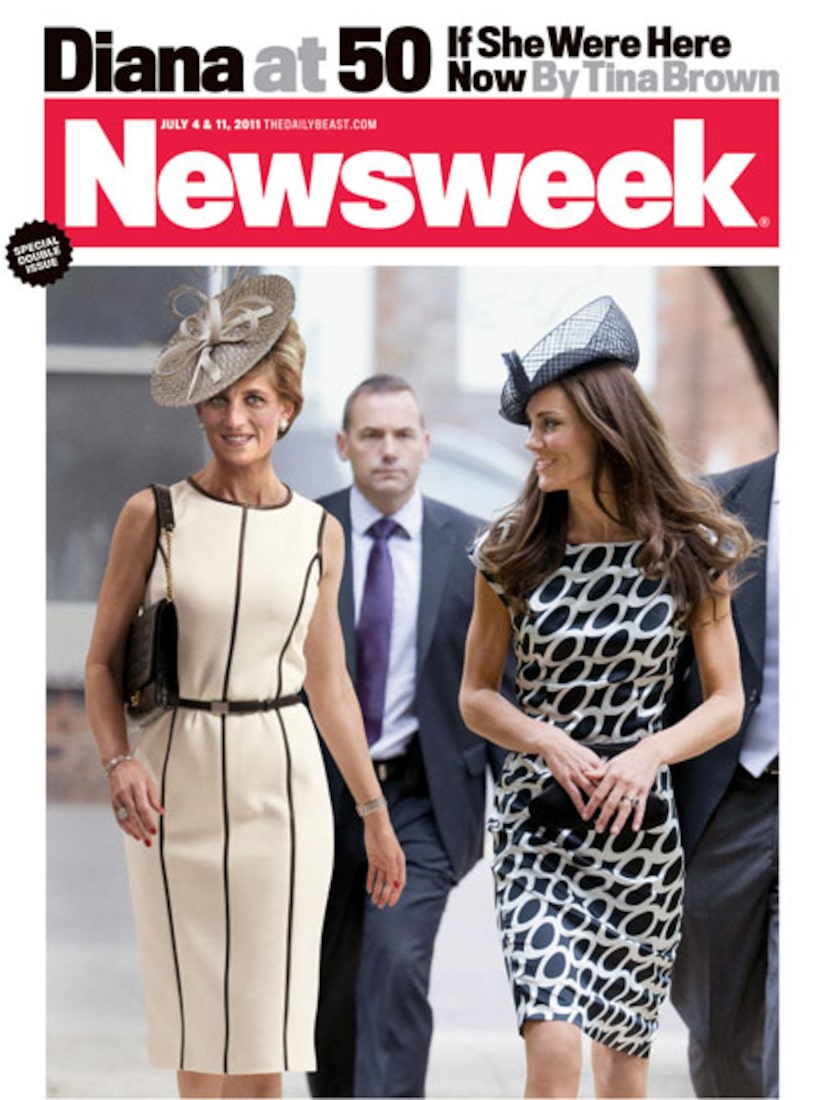 The digitally altered image of Diana has caused much controversy, with many calling the cover "creepy," "shocking," and done in "poor taste." The Los Angeles Times asked, "Shocking, brilliant or just plain cheap?"

The article was written by Diana biographer and Newsweek's Editor-in-Chief, Tina Brown, who doesn't think the cover is the least bit offensive. "We wanted to bring the memory of Diana alive in a vivid image that transcends time and reflects my piece," Brown said in a statement Tuesday.

The cover story about the late Princess highlights her imagined Facebook page, what her life might look like now, and includes a slideshow comparing the chic fashion styles of Diana and Kate.

Diana died in a single car crash in Paris on August 31, 1997, which also her boyfriend, Dodi Fayed, and their driver, Henri Paul. She was 36.

The latest issue of Newsweek is on newsstands now.