So much for the Prince Harry and Pippa Middleton dating rumor!

Pippa and businessman Alex Loudon, who reportedly split a few weeks ago, were spotted looking friendly at Wimbledon on Wednesday. The two arrived hand-in-hand to the sporting event, looking very much like they were back together. 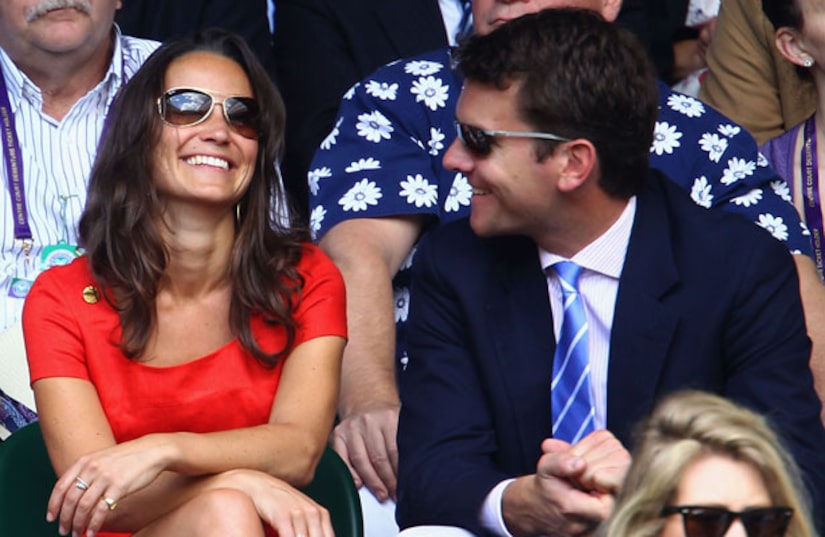 Middleton, sensational in an eye-catching red dress, and Loudon looking classy in blazer and tie, watched the quarterfinal match between Roger Federer and Jo-Wilfried Tsonga during the tournament's second week.

Pippa, 27, and Loudon, a 30-year-old former professional cricket player, attended the royal wedding together in April, but reportedly split due to Middleton's sudden celebrity status, which put a strain on their relationship. An insider told The Sun, "Pippa has become very high-profile... they're moving in different circles."

The two had been dating for almost a year.