Walking solo on the red carpet at the premiere of "Don't Be Afraid of the Dark," a stunning Katie Holmes told "Extra" she thinks Tom Cruise's "Rock of Ages" buffed-out body "looks great and I'm so excited for him playing this character [Stacee Jaxx]."

Unable to make his wife's premiere due to his filming schedule in Miami, the six-pack-touting Cruise has already seen the scary film. The actress revealed that he "loved it." 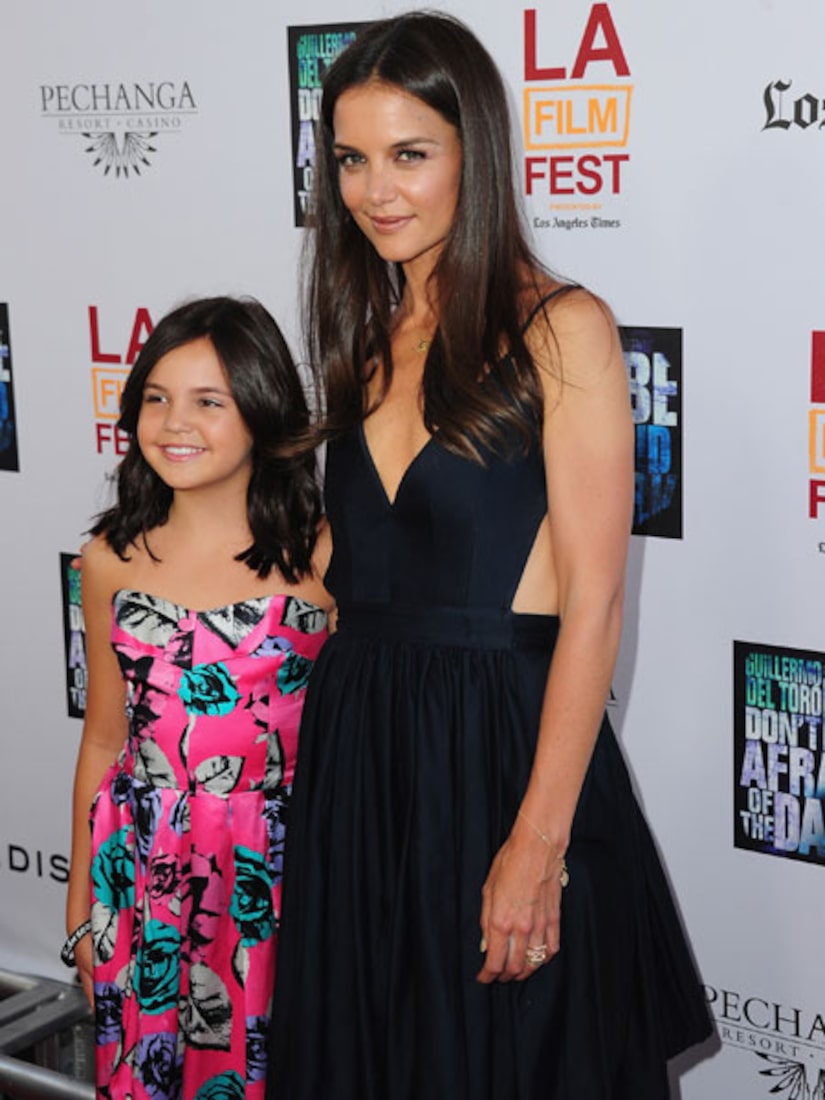 Katie, sporting a healthy post-Miami glow in a backless Contrarian LBD, posed for photos with her talented pint-sized co-star, Bailee Madison, who looked like she could pass for Suri's sister. Katie said her young daughter could one day watch this film "when it's appropriate. When it's not too scary for her."

Holmes admitted she herself was afraid when she first watched the thriller, written by Guillermo del Toro, saying, "Yes! Yes, I was!"