"Extra's" AJ Calloway sat down for a one-on-one conversation with actress Jennifer Aniston, talking about her new comedy, "Horrible Bosses," the Duke and Duchess of Cambridge -- and hints about her reported new squeeze, actor/writer Justin Theroux. 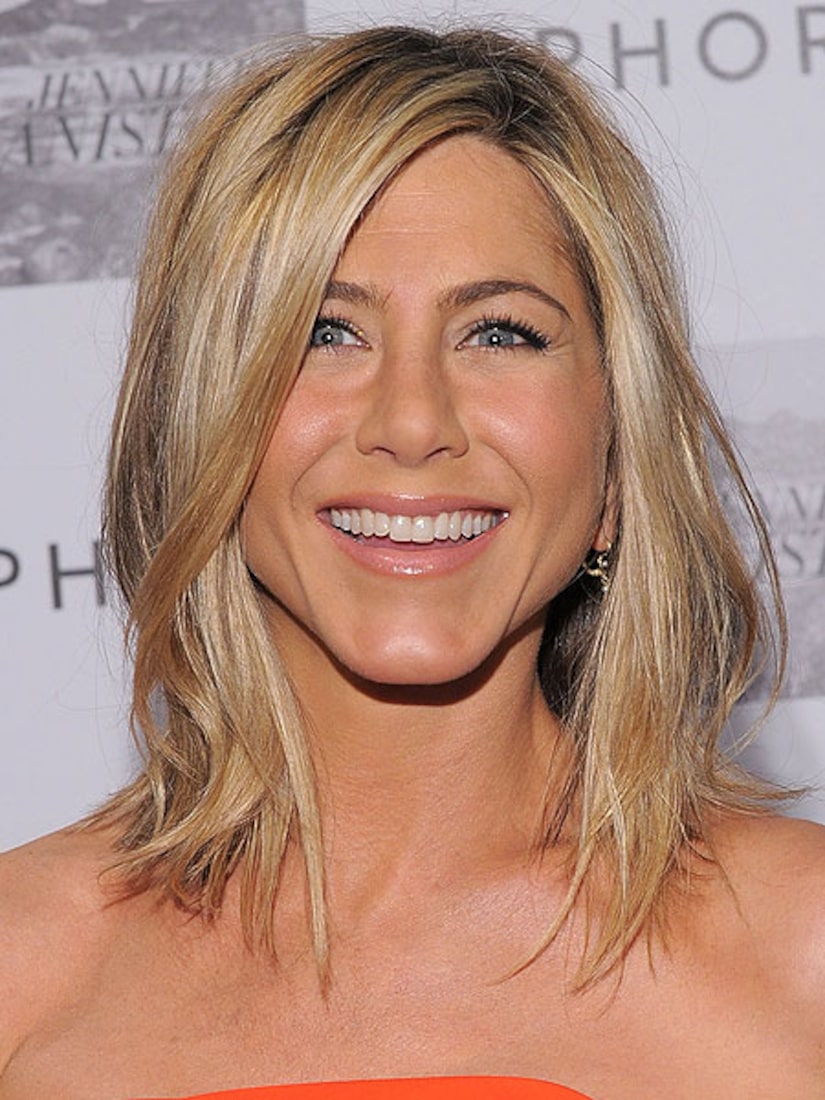 Aniston realizes everyone wants to know about her personal life, including the recent stories that she's dating Theroux -- and stops short of confirming the relationship. "Thank you for your interest. Things are great. Life is great. I'm a very happy girl, a very lucky girl," adding with a smile, "I think you got your sound bite!"

In "Horrible Bosses," Aniston plays a dentist who sexually harasses her assistant, played by Charlie Day. Was it fun to play the villain, of sorts? "Did I have fun? Are you kidding? I had a ball. Sadly, I don't know what little creature has been trapped inside of me. But I certainly did have fun."

Aniston was also amazed at what she said and did throughout the film. She laughed, "So much hit the cutting room floor. I couldn't believe it. I would finish a take would be like, 'Oh my god, I don't believe what's coming out of my mouth. I don't believe that I'm doing to these fruit... Popsicles."

Calloway asked the actress about Prince William and Kate Middleton's upcoming trip to L.A. "They should go to the Ivy, that would be fun. How do you live? That's just crazy. Don't they seem even bigger than Charles and Diana even? Not enough going on in the world, I guess."

The former "Friends" star is also receiving a star on the Hollywood Walk of Fame. I hope it's on Hollywood Blvd.," she laughed. "I'm like, 'What if its on Van Ness where they don't even have them anymore?' It's the only spot left. I hope it's a good spot."

In all seriousness, Aniston is honored. "I don't feel like I earned that just yet. It's lovely, quite an honor and very humbling. I like my job."