Camera crews surrounded Lindsay Lohan as she arrived to the LAX Courthouse on Thursday at 9:45 AM on a probation violation hearing. The actress tested positive for alcohol during a June 13 rooftop party at her Venice beach house, according to RadarOnline. 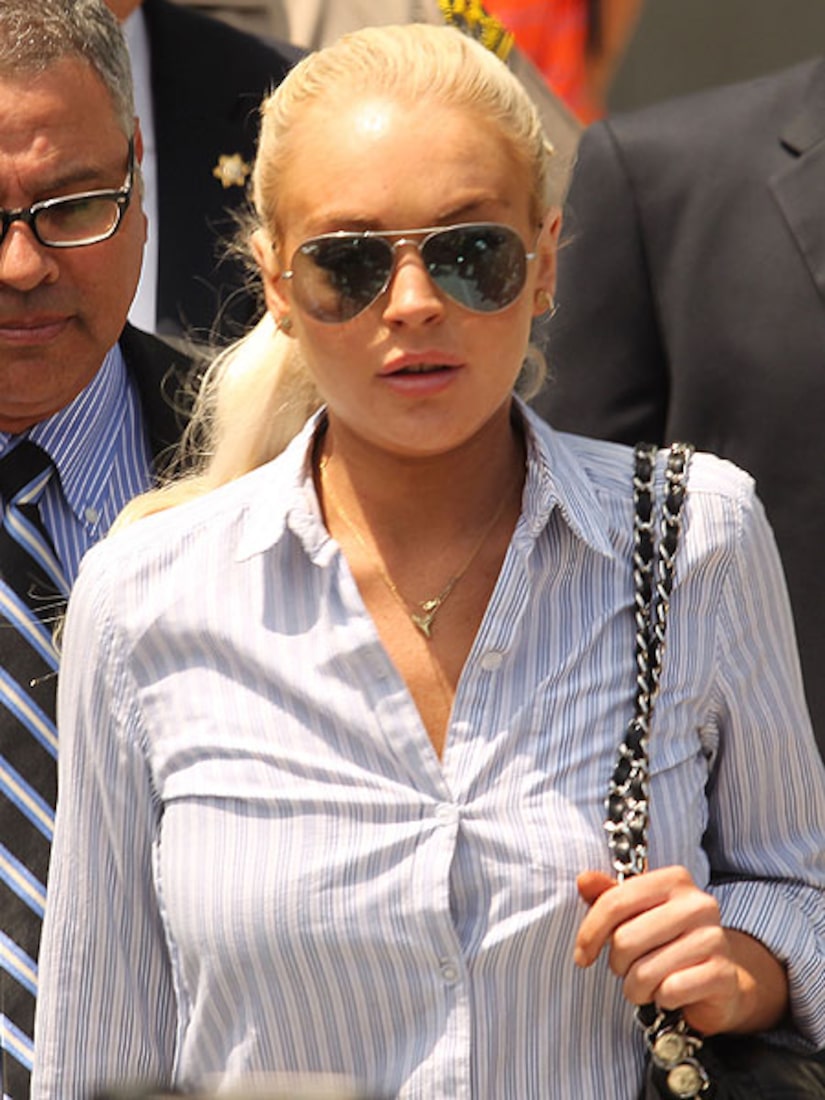 The starlet was not charged with violating her probation due to a technicality, and walked out of the courthouse with her attorney rubbing her back for support. Judge Stephanie Sautner determined that an earlier order from a different judge asking her to be tested for alcohol had already expired, so there was no requirement that she abstain from drinking.

The judge, who said the actress used "poor judgment," advised Lindsay to refrain from having rooftop parties and is allowed only one friend over at a time until she finishes serving her house arrest.

Lohan recently told "Extra" she just wants to get on with her life."I am focusing on the one thing I need to put first in my life which is my recovery."