Superstar Jennifer Lopez chatted with "Extra's" Mario Lopez and revealed she's still undecided about her return for the next season of "American Idol." "Nobody's made me make the decision yet, and it could, you know, kind of go either way." The songstress added, "I'm not saying I didn't love it. I so loved it, but you know, I only signed up for one year, so the second year, we don't know yet."

The busy singer just wrapped a promotional tour in Europe for her new album, "Love?" and said, "My mom was with me and the babies and we had a good time. But it's tiring... those trips are tiring." 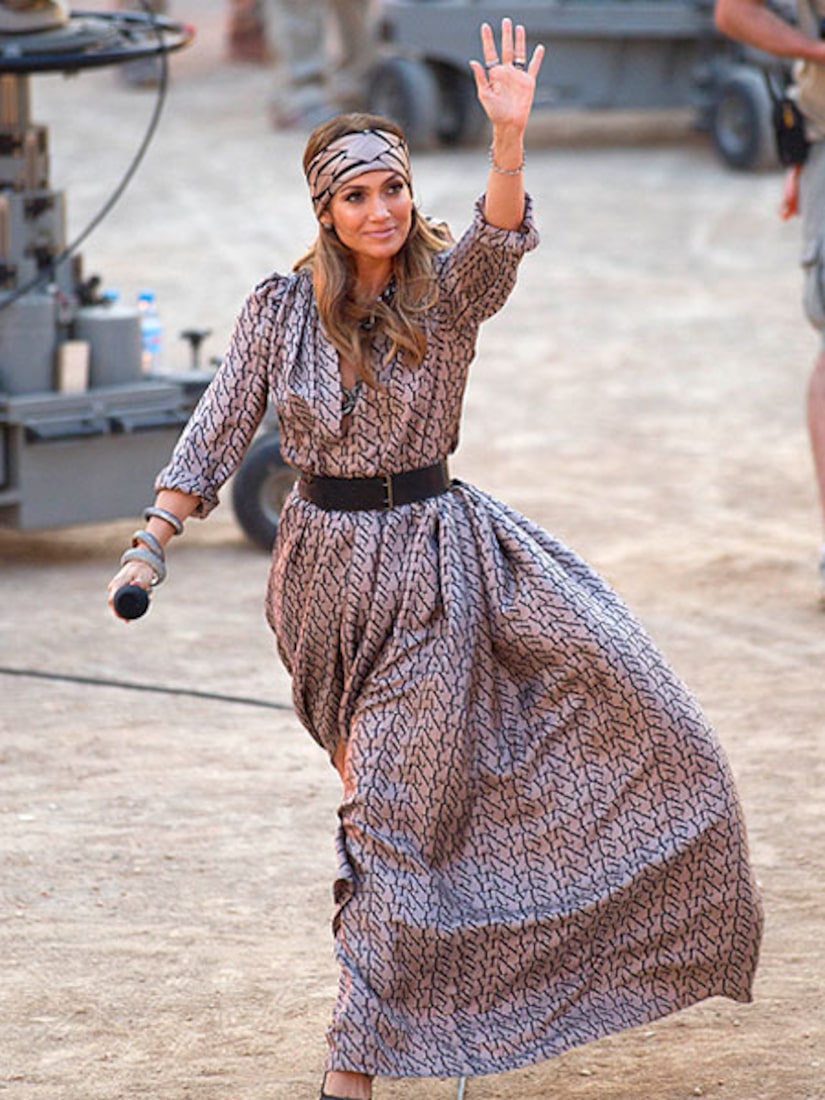 Lopez is currently in production for her new Latin music talent search show called "Q'Viva!" and admitted she has high expectations for the series. "That's kind of our goal... to make the most amazing Latin show ever seen. You know, it's such a tall order, we should stop saying that!"

Co-chairing on the board with Jennifer is Oscar winner Denzel Washington, who told Mario he would be open to co-starring in a film with the actress, and smiled, saying, "Could be, could be. I'm willing!" Jennifer added, "Maybe one day. Maybe we'll talk to Ron Howard to see what he's got going."