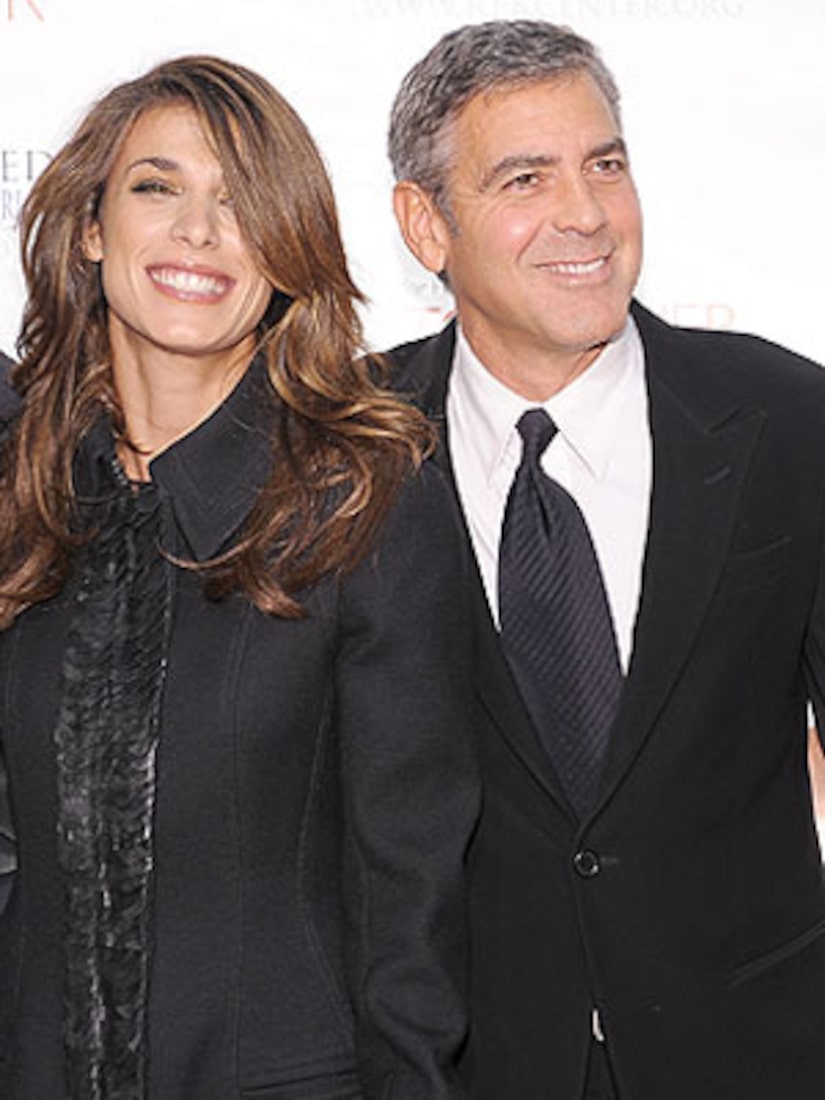 After two years, George Clooney and Elisabetta Canalis have called it quits, according to People.

The reason behind the breakup is unclear, although the two issued a joint statement on Wednesday, confirming the split. "We are not together anymore. It's very difficult and very personal, and we hope everyone can respect our privacy."

Video: Elisabetta is a Sexy Dancer!

Elisabetta, an Italian actress, first stepped out with the handsome actor in September of 2009 at the Venice Film Festival. The high-profile couple made it clear they simply enjoyed each other's company and did not want to get married or have children. "My maternal desires are fully satisfied with my dogs," Canalis told Cosmopolitan magazine last February.

George and Elisabetta on the Red Carpet

The brunette beauty, 32, also told People that she was content with just being George's girlfriend. "I am happy to participate at events as the 'girlfriend of.'"

The former lovebirds were last spotted in May at Mr. Chow in Beverly Hills, celebrating Clooney's 50th birthday.

Months after his breakup with Preston, Clooney and actress Talia Balsam took off for Las Vegas in a Winnebago and got hitched in 1989. They divorced 3 years later.The famous bachelor has made it public he did not want to marry again, and to this day has stayed true to his vow.

While filming "The Peacemaker" in Paris, the actor met 23-year-old waitress Celine Balitran in 1996. They couple continued to date for another three years before deciding to go their separate ways.

In 2007, George stepped out to the Venice Film Festival with 28-year-old Sarah Larson.The two were involved in a motorcycle accident on his Harley and the actor suffered a hairline rib fracture and Larson broke her foot.The following year the couple called it quits.