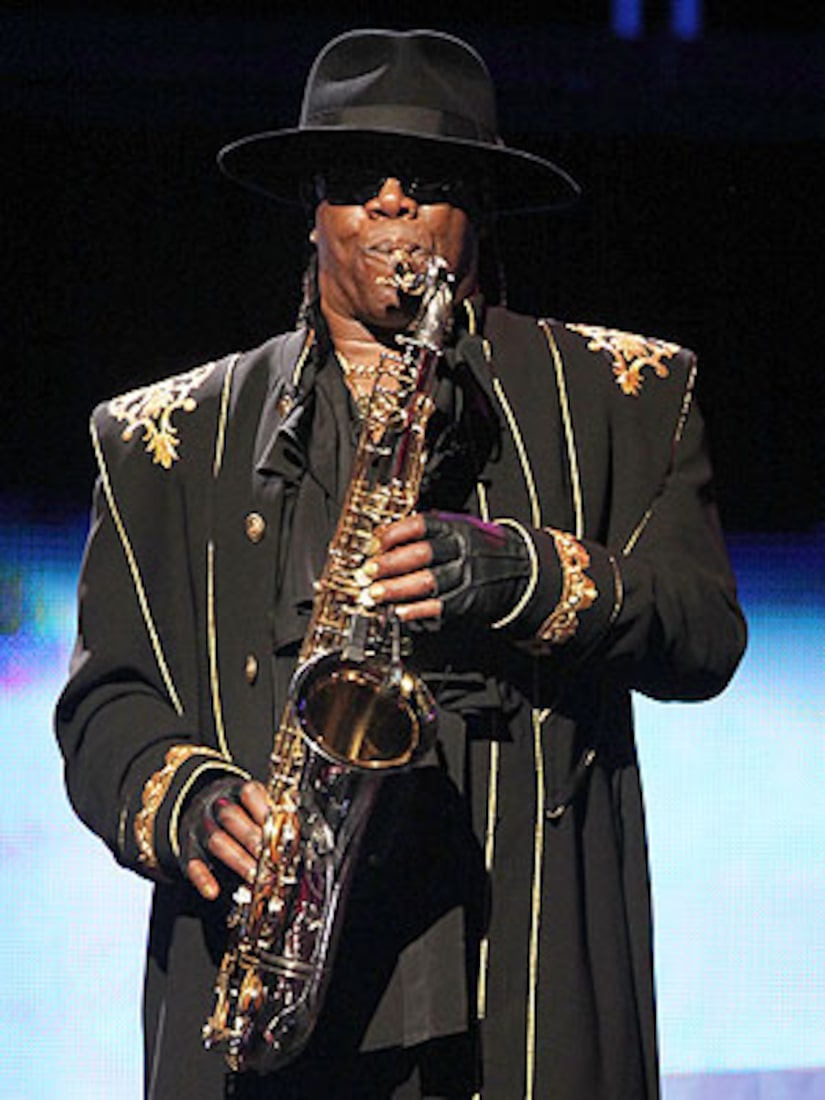 Bruce Springsteen's E Street Band member and close friend Clarence Clemons died Sunday after complications from a stroke suffered a week ago. The soulful tenor saxophonist died at a hospital in Palm Beach, FL. He was 69.

A statement released by Springsteen said, "He was my great friend, my partner and with Clarence at my side, my band and I were able to tell a story far deeper than those simply contained in our music. His life, his memory and his love will live on in that story and in our band."

Standing 6'4", Clemons, a former football player, towered over his fellow bandmates and was nicknamed Big Man. Clemons played a central role in the E Street Band, which formed in 1972, and the saxophonist complemented the group's electric guitar and was the driving force in songs such as "Tenth Avenue Freeze-Out" and "Born to Run."

Born on January 11, 1942 in Norfolk, Virginia, Clarence Anicholas Clemons was the son of a fish market owner and grandson of a Southern Baptist preacher. Although he grew up surrounded by gospel music, he admits he was enamored with rock and roll at a young age. When he was 9 he was given a saxophone as a Christmas gift, and thanks to the influence of jazz musician King Curtis, Clarence switched to the tenor.

The story of how Clemons first met Bruce Springsteen has become somewhat of an E Street Band legend, since Springsteen would introduce "The E Street Shuffle" with a monologue of how they met. They supposedly met for the first time in 1971 when Clemons was involved in the Jersey Shore music scene.

In various past interviews, the Big Man recalled the meeting on a stormy night while the band was on stage in Ashbury Park. When Clemons got to the door, the wind ripped it off its hinges and Springsteen stood there looking nervous. Clarence told Bruce he wanted to play with his band and "The Boss" replied, "Sure, you do anything you want." The two immediately clicked, and the rest, they say, is history.

Clarence often commented on being a part of a racially mixed band, since he stood out as the only African-American in an all-white, working-class music group. (Keyboardist David Sancious, also African-American, played with the group until 1974.) "You had your black bands and you had your white bands," Clemons wrote in his half-fiction memoir, "Big Man," "and if you mixed the two you found less places to play."

In addition to making successful hit songs with the E Street Band, Clemons sang, "You're a Friend of Mine" with Jackson Browne, played saxophone for Aretha Franklin's "Freeway of Love," and most recently worked with Lady Gaga on "Born This Way."

Clarence was married five times, and divorced four. He is survived by his fifth wife, Victoria, and four sons: Clarence Jr., Charles, Christopher and Jarod.