"The Ellen DeGeneres Show" earned Best Talk Show honors for the second straight year at the 2011 Daytime Emmy Awards, while "The Bold and the Beautiful" won for Outstanding Drama for the third year in a row. 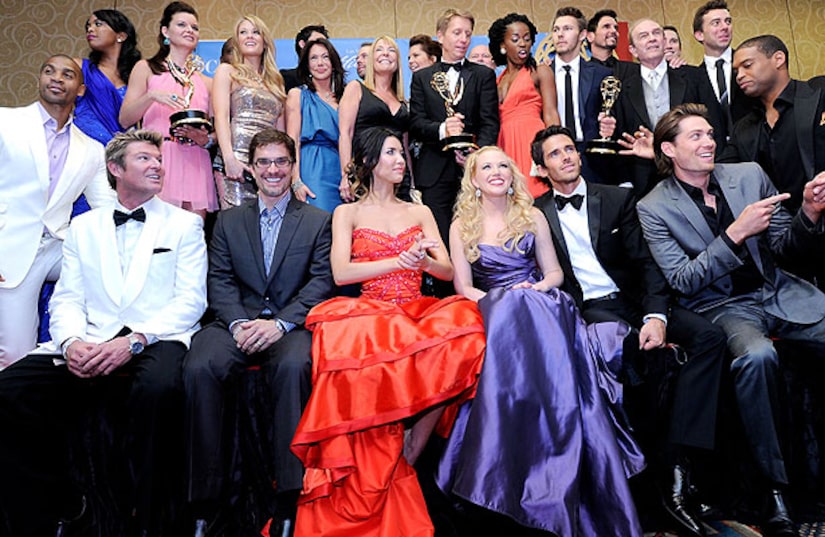 The cancellation of the two ABC soaps, "All My Children" and "One Life to Live," remained an ongoing theme throughout the ceremony on Sunday. Onstage, "Children" co-star Debbi Morgan told her fans, "You will be forever missed," while "Young and the Restless" head writer Maria Bell implored soap fans to keep watching. "This is one of the most amazing art forms in America. Don't give up."

"AMC" superstar Susan Lucci, who presented the Outstanding Actress award, said daytime "is alive and well. Look at all the talent in this building tonight. We got fans on fire, thank you so much for being there for all of us."

Here are the night's big winners:

Outstanding Drama: "The Bold and the Beautiful"

Supporting Actress: Heather Tom, "The Bold and the Beautiful")

Game and Audience Participation Show: "Jeopardy" and "Wheel of Fortune"

Soap Writing Team: "The Young and the Restless"

Drama Series Directing: "Bold and the Beautiful" and "Young and the Restless"