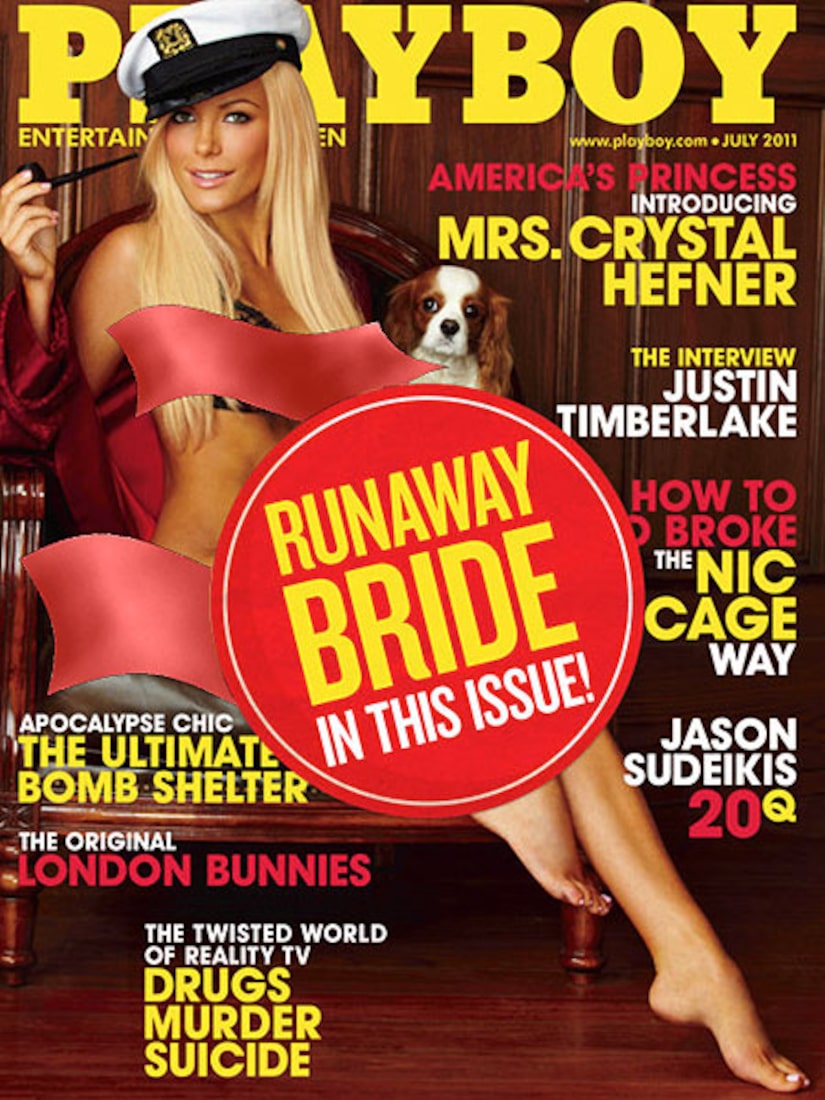 The two were to be married Saturday at the Playboy Mansion in Los Angeles, but it was announced earlier this week that the relationship was over.

Hefner then tweeted Wednesday that "recent events call for a special sticker on the July cover." A Playboy spokeswoman said the magazine is adding stickers to as many issues as possible.

The issue is due on newsstands Friday.