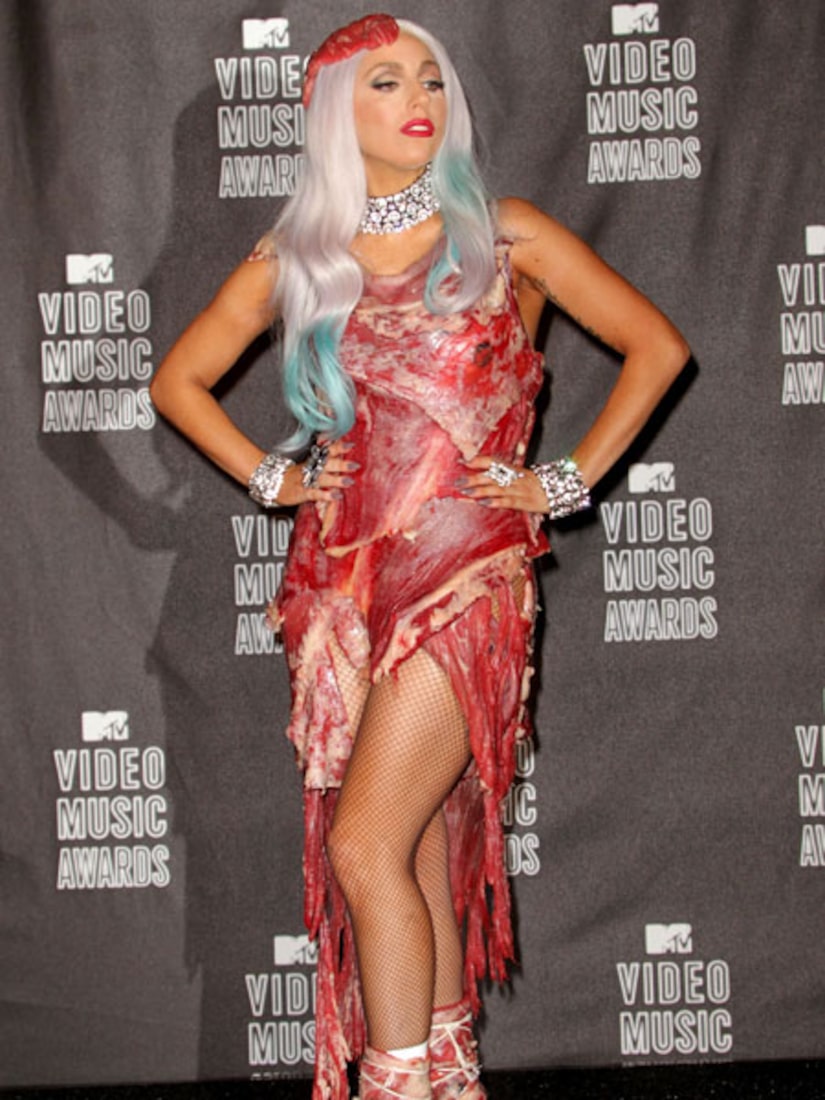 The beefy dress, famously worn at last year's MTV Awards, has been preserved and will be served up for display under glass at the Rock and Roll Hall of Fame in Cleveland.

"It's going to be in a case and we are putting some canisters in there to control the humidity, and then we have this other canister that soaks up the glutens," Hall of Fame chief curator Jim Henke told MTV News. "But it's in a sealed case and we have the gels to control the environment in there."

Following the award show, the raw getup (including the boots) was sent to dry storage where a chemical preservation process turned the edible items into a kind of beef jerky. The dress and boots turned brown from the process and were painted red to give it the authentic tartare look.

Back in September, Ellen DeGeneres asked Lady Gaga about the significance of the dress, and Lady replied, "It has many interpretations but for me this evening. If we don't stand up for what we believe in and if we don't fight for our rights, pretty soon we're going to have as much rights as the meat on our own bones. And, I am not a piece of meat."