Hollywood's A-listers were tangled in a web of red carpet madness for the long-awaited opening night of Broadway's spine-tingling musical "Spider-Man: Turn Off the Dark." 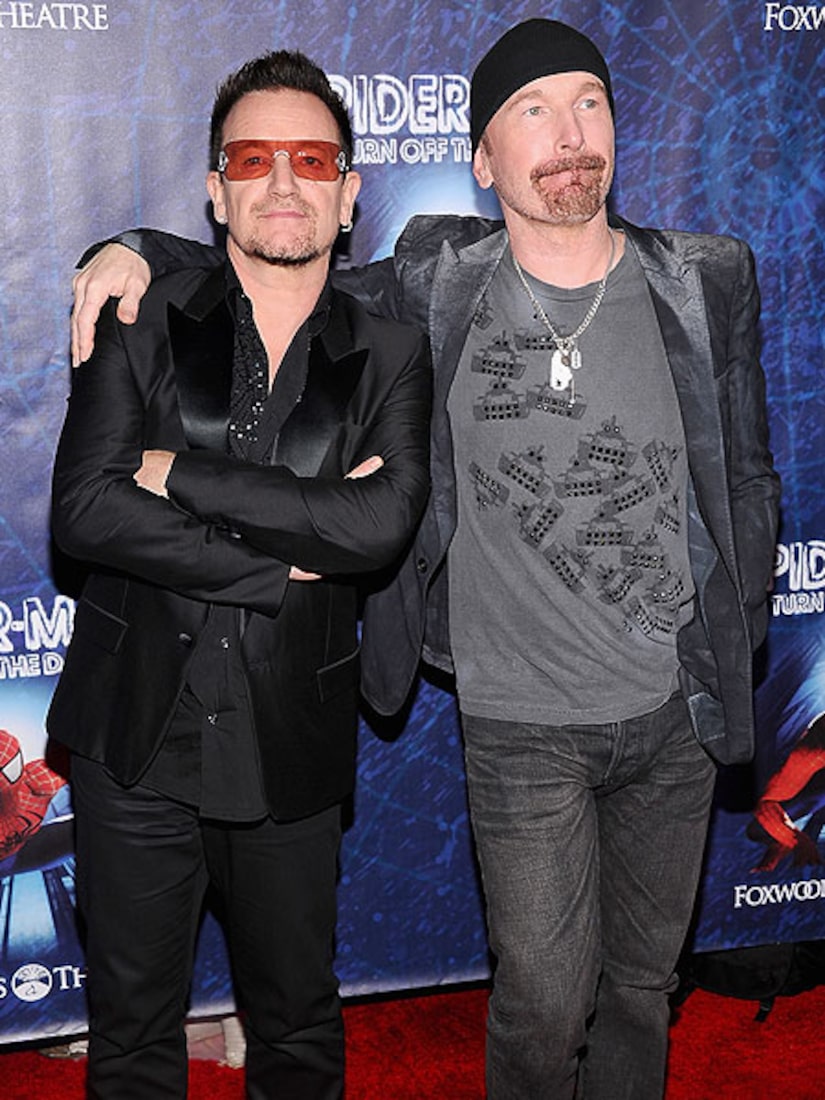 U2 frontman Bono, who composed the music for the play with bandmate The Edge, received a standing ovation from the audience after the show. "Extra's" AJ Calloway caught up with the musicians and remarked on the troubles the musical has faced, including being delayed six times due to a number of technical and directorial issues, as well as cast and crew injuries.

"What a labor of love! Ten years and it's here!" AJ said. Bono replied, "Labor of love?! Ultimate difficult pregnancy! But what a beautiful baby it turned out to be."

The musical, the most expensive Broadway production in history, has already raked in a cool million in its opening week, and despite setbacks and harsh reviews, Bono defends the project. "If you want serious kind of theatre where people poison themselves and speak in old English, don't come!

"Even people who don't like the play will at least accept that it's a magic night out," Bono said, adding, "I'm glad you asked about the music, by the way, because it's a musical! Sometimes that's the thing that people miss. People talk about the budget and all the delays and stuff, but thanks, we care a lot about the music."

The Edge further explained, "A musical relies on all of the other aspects, the story relies on the songs, the songs have to enhance the story's character."