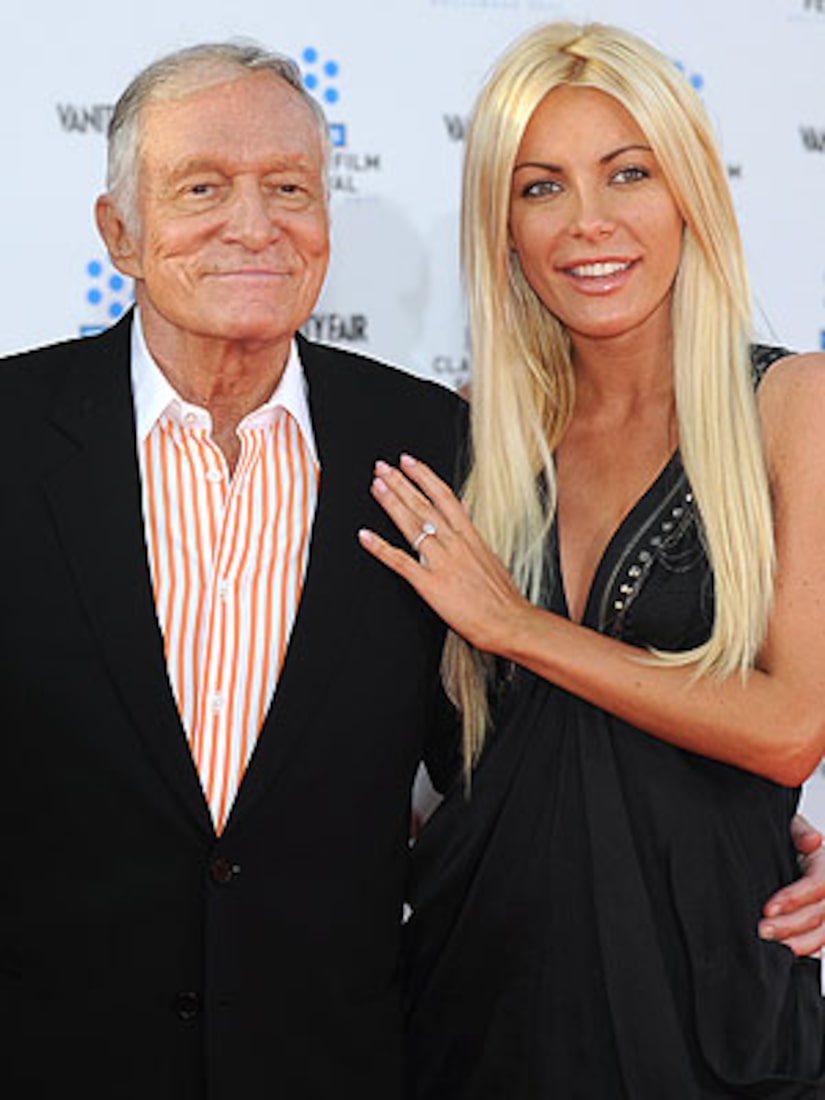 The world's most famous bachelor will remain single after all. Crystal Harris and Hugh Hefner have called off their wedding just five days before the couple were supposed to say "I do."

According to TMZ, the cause of the split was due to money and music. A source close to Harris said the model was annoyed with her "couple hundred dollar" weekly allowance she received from the 85-year-old Playboy founder, and wanted to make her own money.

The 25-year-old is also focused on launching a music career, and insiders involved in planning the wedding revealed Harris believed she "couldn't be married to Hef hand have a successful music career."

Crystal released a statement that said: "After much deep reflection and thought, I have decided to end my engagement with Hef. I have the utmost respect for Hef and wish him the best going forward."

Rumors behind the split pointed to an affair Crystal had with daytime TV therapist Dr. Phil McGraw's son, Jordan, but Harris' manager quickly shot it down, saying, "This is pure fabrication. There is no relationship, nor has there ever been one. This is a stupid rumor."

The connection between the Jordan and Crystal first surfaced in March when they were spotted at Chateau Marmont reportedly looking very cozy. Harris' manager explained, "They wrote a song together and that was the extent of their relationship."

Hefner, twice divorced, took to Twitter on Tuesday to confirm. "The wedding is off. Crystal has had a change of heart." He later added, "The breakup is a heart breaker, but better now than after the marriage."