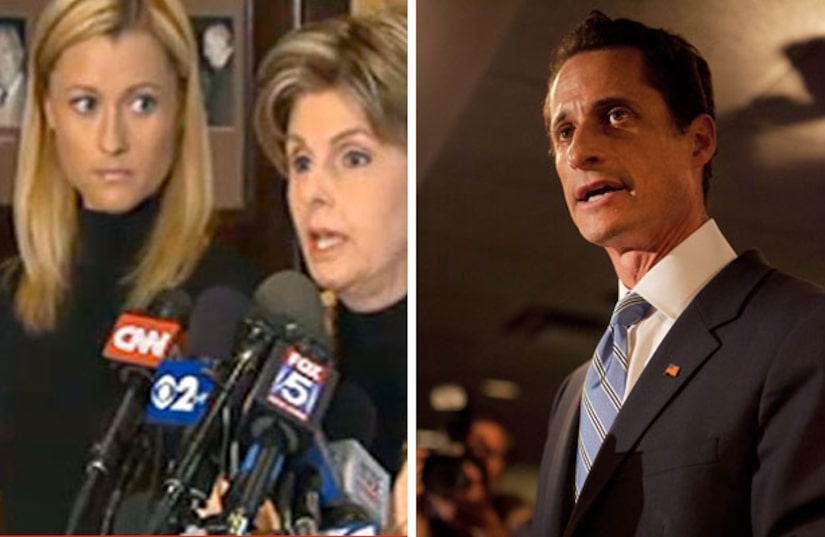 Weiner's getup consisted of a bra, panties and leggings in one pic, and another featured the then 18-year-old in a skintight swimsuit in front of a Christmas tree.

With high-profile attorney Gloria Allred by her side, Ginger addressed the media and said she initially followed the Congressman on Twitter because cared about the same political agenda, in particular, Planned Parenthood and health care. She posted a supportive statement about him on her blog and communication between the two began.

While at first they mainly communicated about political issues, she says the Representative was obvious about wanting to take the relationship to "another level." Ginger said she did not return the one-sided, steamy texts, nor were any racy photos exchanged.

Lee stated that Weiner had asked her to lay low from the media and even coached her on releasing a three sentence statement to the press. When the news of the scandal first broke "he asked me to lie. I knew I couldn't lie but I didn't want to be the one who threw him under the bus," Ginger revealed.

Ginger, a "feature dancer," said she just wants to move on with her life and refuses to hide anymore. She felt that having the news conference was the best way to tell her side of the story.