Expectant reality star Tori Spelling has been rushed to a doctor after crashing her car into the wall of her kids' school. Apparently, she was attempting to elude photographers. 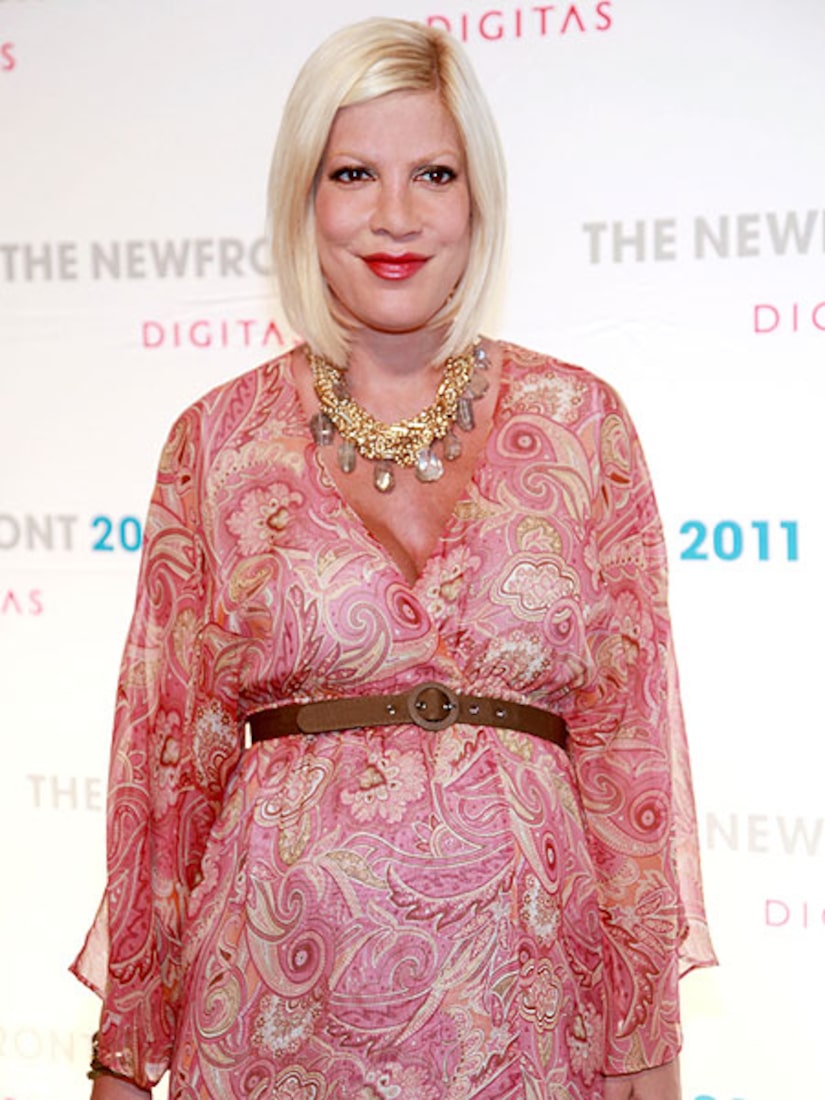 The pregnant actress took to Twitter to reveal the details of her accident. "Paparazzi chased me w/the kids 2school," she wrote.

"I was trying to get away from him and had a pretty big accident. Took down whole wall of school. He thn STILL got out to try to get pics. 10 school moms chased him away. Wht will it take? Someone dying for paparazzi to stop? Going to dr now to check on baby. I think its just shock."

UPDATE: Tori's rep issued this statement: "She's shaken but doing okay. The baby is fine. She is going to the doctor to get checked out."

Spelling had pulled into the driveway at her kids' school after being chased by paparazzi, and when she reversed, she hit the wall, damaging her car and the wall. The actress is said to be filing a police report.