Only the magic of Hollywood could make it snow in Los Angeles in June!

The premiere of Jim Carrey's "Mr. Popper's Penguins," the perfect Father's Day film, was a winter wonderland, with real penguins joining the stars on the red carpet -- which was blanketed with snow. Jim stopped to talk to "Extra" and said if Ace Ventura met Mr. Popper and the penguins, "I think he'd fit right in, the hair, everything. Basically, Ace Ventura was modeled after a smart bird." Carrey added, "They'd share seeds together."

Dick Van Dyke, who also attended the premiere, remembered doing a penguin dance in the classic 1964 movie, "Mary Poppins." Dick said, "I'm just here to visit my penguins." Carrey, who revealed Van Dyke is his "hero," said he would "absolutely" consider playing him if there were ever a film made about the Hollywood veteran.

"We met briefly at an event one time," Jim recalled. "It was far too brief and I never got a chance to really tell him how I feel. When I was a kid, when I was down, I'd watch Dick Van Dyke and he just made me happy.

"He's an incomparable talent. He was able to do this amazing physical comedy that was pretty much over-the-top, but it was still based on a character that you cared about and wanted to know. He's genius. He's a wonderful guy," Carrey gushed, adding, "I can't say enough good things about him, honestly. For me, he was my Chaplin... he was the guy I wanted to be like so badly." 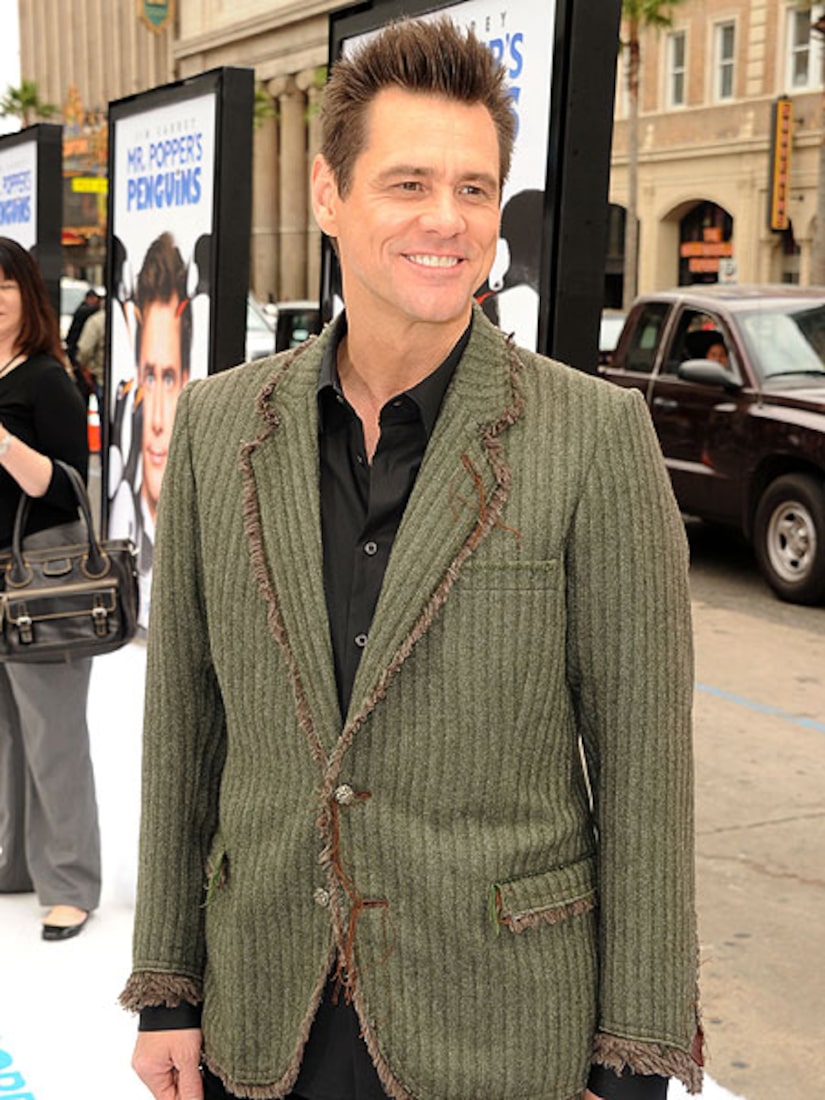 "Entourage" actress Carla Gugino, whom Carrey dubbed "Bouncy House," plays Jim's wife in the film. Watch the video and find out why he gave her such a peculiar nickname!

Will Jim Do a "Dumb and Dumber" Sequel?