Sexting Congressman Anthony Weiner, who entered a treatment facility over the weekend, may finally be close to giving up his House seat, as yet another cache of embarrassing photos has surfaced. 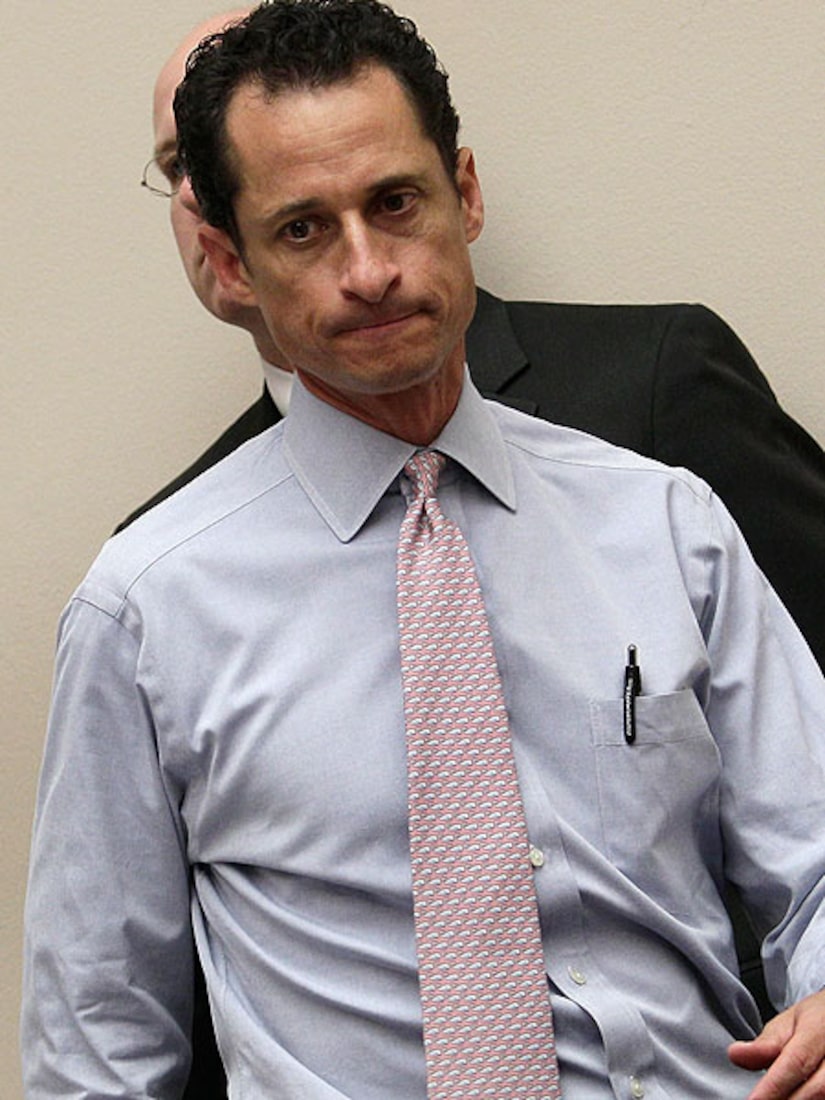 The photos, courtesy of TMZ, show the congressman using his cell phone to take pics of himself in front of a mirror at the House of Representatives gym, posing in various forms of undress.

A source close to Weiner told the Daily News he had resolved to stay in office, but with the unrelenting media coverage and demands by party leaders to step down, the troubled congressman realizes he may no longer have a choice.

Weiner's decision to either stay in Congress or leave will be influenced by the advice he receives from those he trusts, including his mentor, Sen. Chuck Schumer (D-N.Y.). Schumer has said he is "heartbroken" over Weiner's implosion, but has stopped short of telling him to quit.

Weiner also relies on his wife, Huma Abedin. She is currently in Africa with her boss, Secretary of State Clinton, but sources say Weiner thinks Abedin will stand by him, and wants him to stay in Congress.

Abedin returns Wednesday, and some say Weiner, who is taking the next few days to recoup in rehab, will possibly make some career changes at that time.