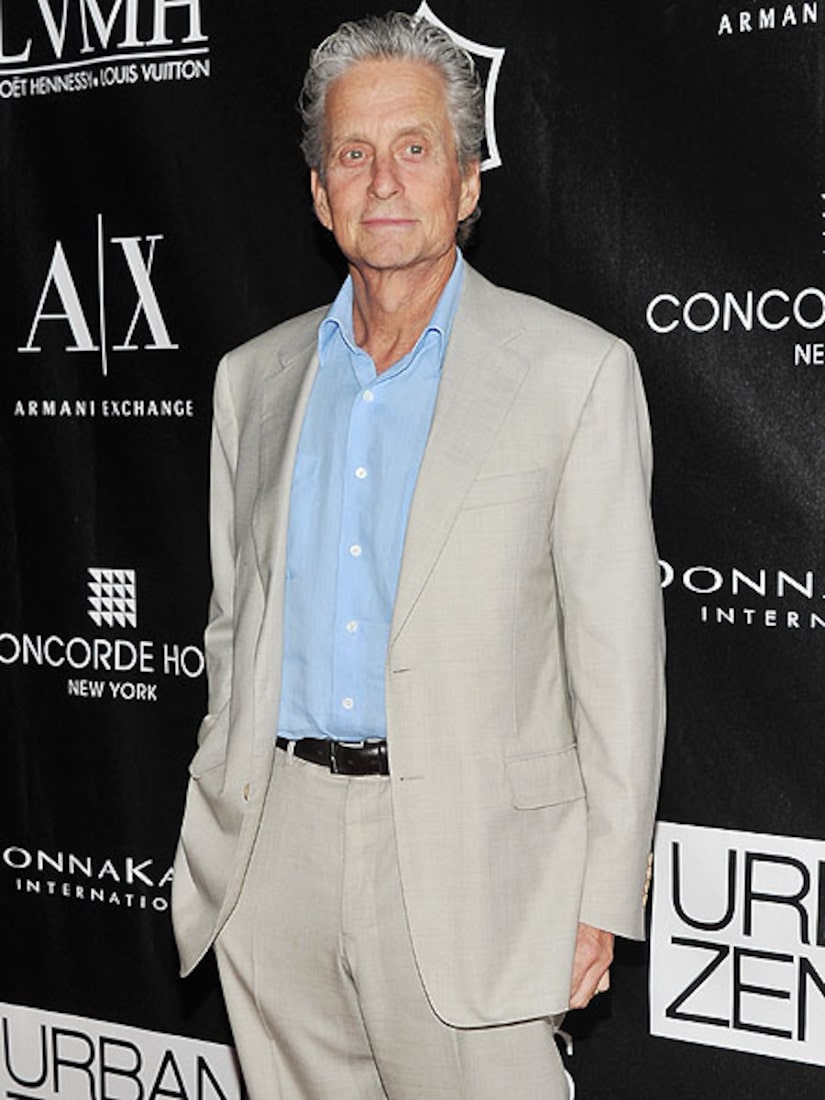 "She's great, she's down in Miami working on 'Rock of Ages,' hoofing and dancing. [She's] coming back tonight, so I'm going to cut out early and see her."

Douglas insists his early exit from the event was to see his wife -- and not because the NBA finals were on. "No, no. My wife is coming back tonight, it just happens that the fifth game is on."

Michael joined other A-listers, including Sarah Jessica Parker and Ashton Kutcher at the award show in NYC which honored former President Bill Clinton and TV host Dr. Mehmet Oz. Douglas shared his thoughts on other current affairs in the Big Apple, namely Anthony Weiner's online trysts, telling "Extra," "I can't add anymore. It's been beaten to death, thank God we are getting back to some of the other issues in the world."

When asked how he feels about Alec Baldwin making a political move for mayor, Douglas replied, "He's fabulously knowledgeable. He loves politics and I've seen him on a lot of talk shows... I've seen him host shows. It's an interesting idea."