Bride-to-be Kim Kardashian is livid over allegations that she cheated on fiancé Kris Humphries with football player Bret Lockett, a teammate of Tom Brady. In Touch magazine published a cover story this past week that claimed Kim had a 5-month affair with the athlete. 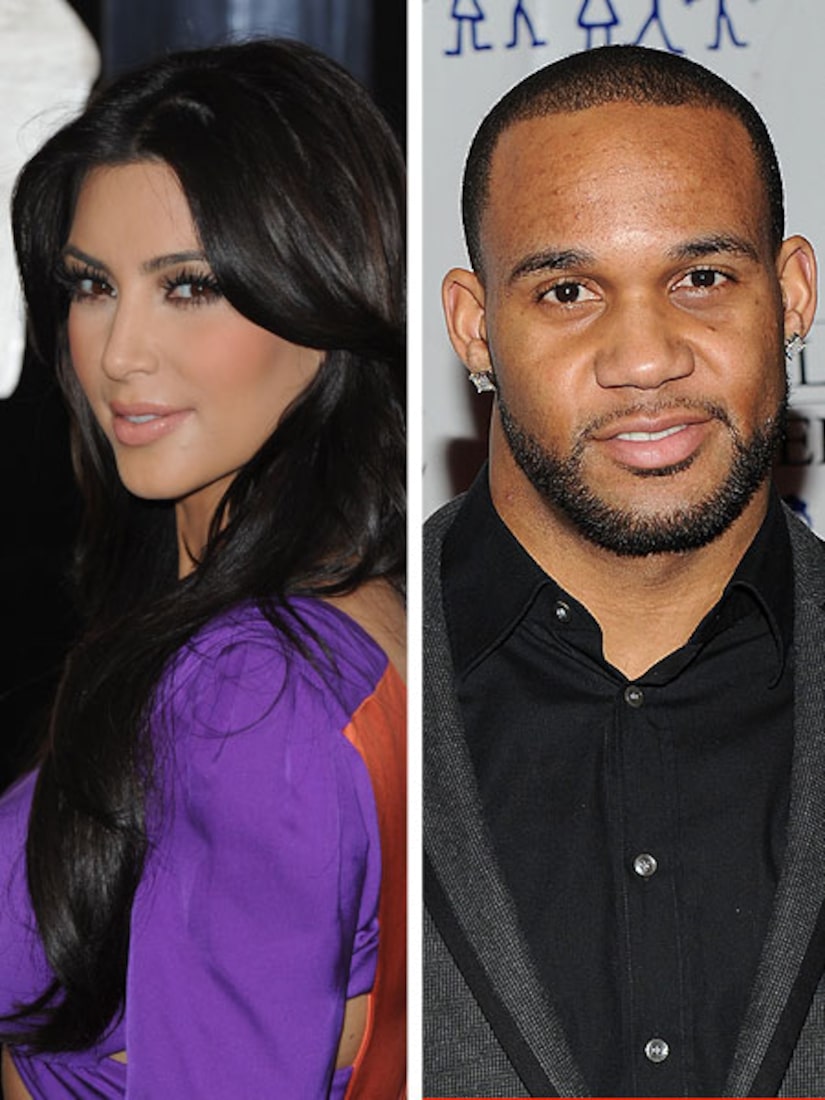 Kardashian's lawyer, Michael J. Kump, has already sent a letter to the magazine and to Lockett, warning him that if he doesn't retract his allegations, Kim will sue. "To put it very plainly and clearly, and as Mr. Lockett knows, there is not now, and never has been such a relationship. Ms. Kardashian does not know and has never even met Mr. Lockett," Kump wrote in the letter.

Lockett told TMZ he has physical evidence proving the relationship, but did not explain further.

On Wednesday, Kim fired back on her website, saying, "I knew when I got engaged that rumors and false stories were going to start, but this is RIDICULOUS!!!! In Touch Magazine is claiming that I had a five-month secret relationship with this guy... a guy I've never met, spoken to, texted, called or even heard of!"