Always reinventing her outrageous looks everywhere she goes, a green-haired Lady Gaga made a grand entrance wearing sky-high platforms -- which required assistance so she could walk -- and a sheer top and bodice that barely covered her chest, as seen at NYC's Council of Fashion Designers of America Awards (CFDA) on Monday. The singer's dress slipped down, thanks to the heavy train attached to it, fully exposing her breasts! 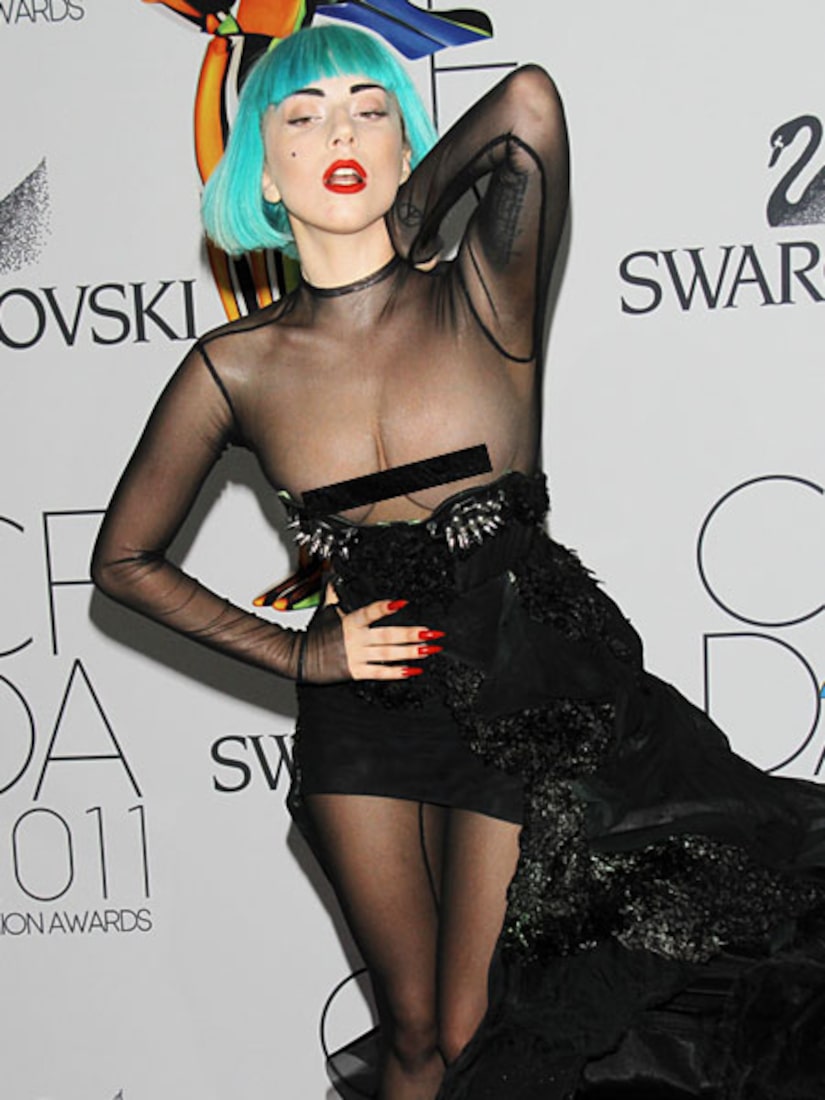 The star later removed the skirt before receiving an award, and revealed a spiked thong on her backside attached from the corset. At the after-party, Gaga removed the dress entirely, leaving only a sheer bodysuit, her thong and black coverings for her nipples, then she hit the dance floor at The Standard Hotel. 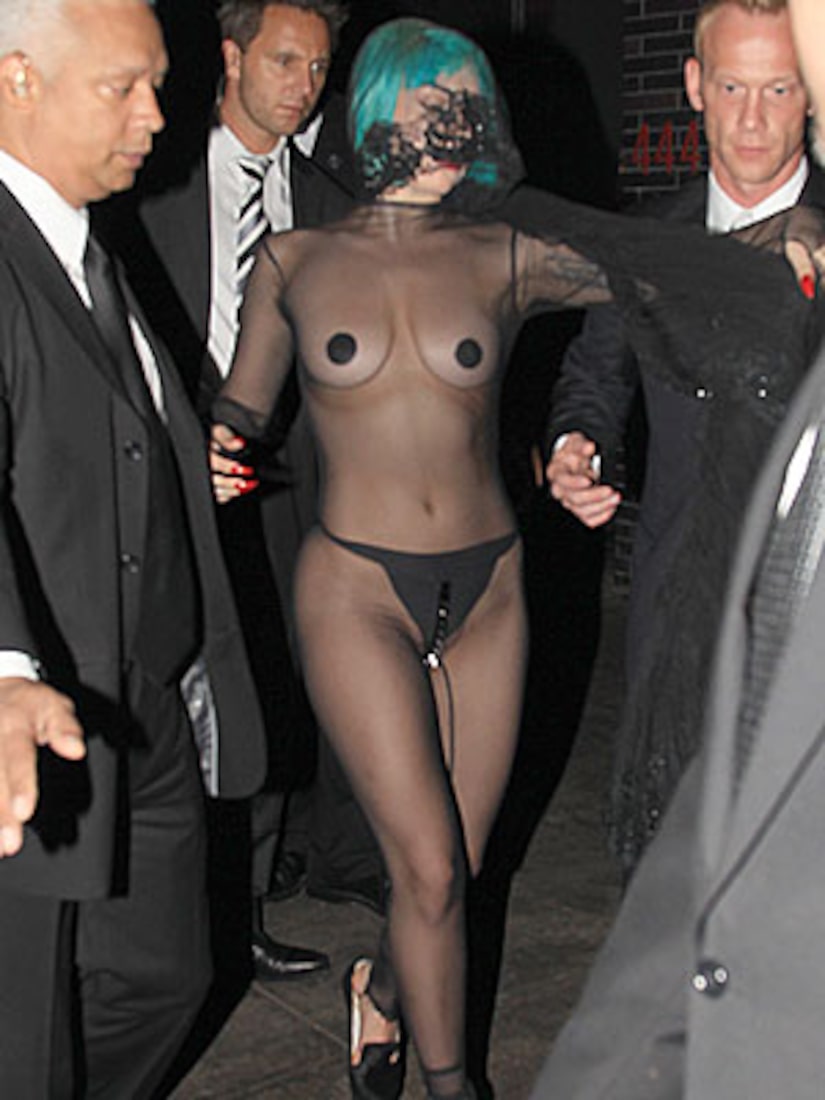 The 25-year-old was honored with a Fashion Icon Award and delivered a speech. "Fashion means so much to them [fans]. It's really hard to talk about. I always felt like I had made it before I had made it because of all of you, because it was all of you that made me feel like I was a star." 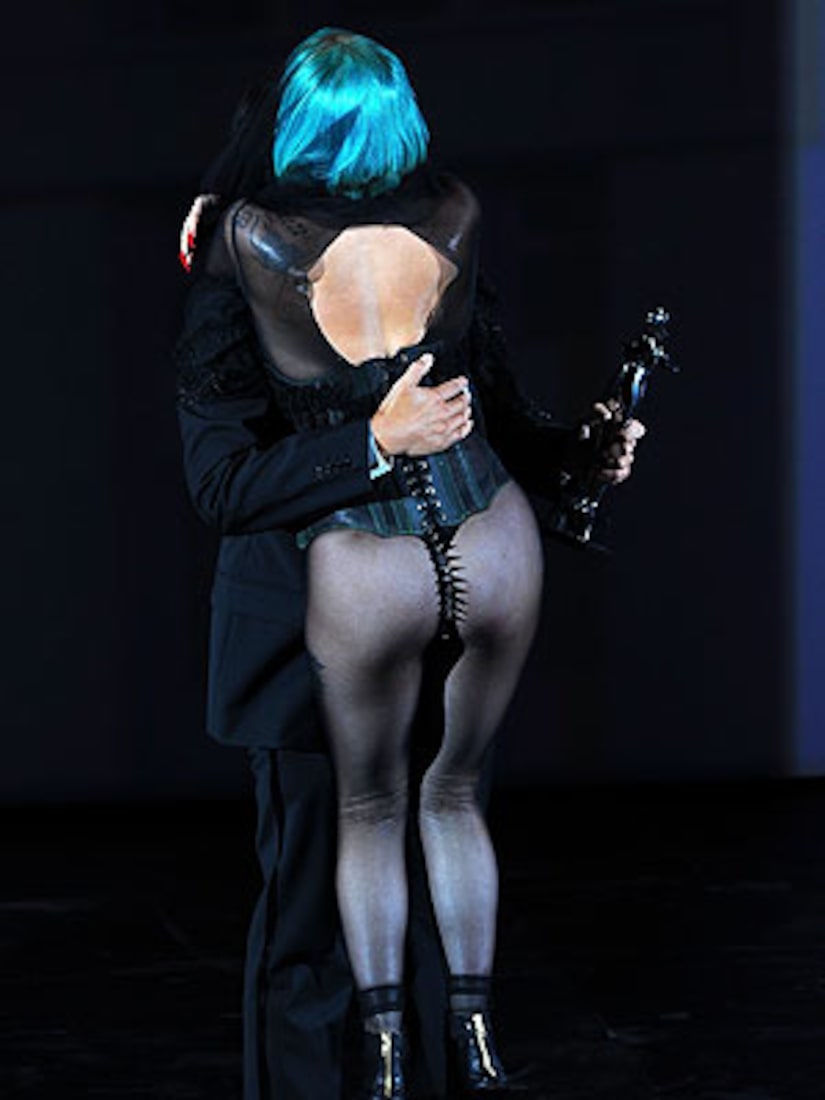