The leggy ladies of Hollywood stepped on to the red carpet for the 2011 MTV Movie Awards in short, bold and fun dresses.

Kristen Stewart wore an edgy, safety-pinned, studded strapless number while Emma Stone walked the carpet in a sheer and fringed frock with her new red 'do. Disney starlet Selena Gomez chose an adorable white and beige skirt teamed with a pattered top, and Reese Witherspoon opted for a low-cut, strappy green dress.

"Extra" wants to know who you think is this year's best dressed -- vote now! 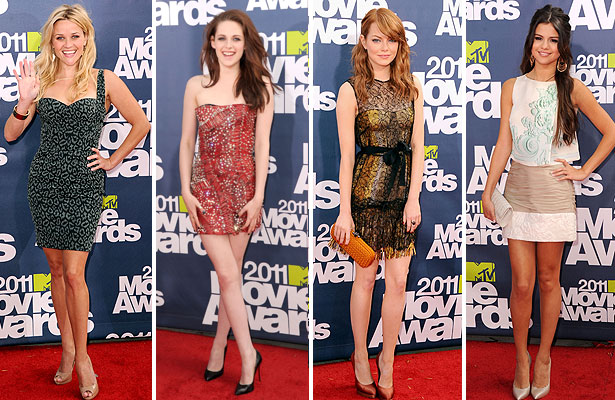 Ryan Seacrest Returns to ‘Live! With Kelly and Ryan’ — How’s… 2

Bobbi Kristina’s Fortune: What Could Happen to Her Millions, and… 8