At Spike TV's Guys Choice Awards in L.A. this past weekend, Scarlett Johansson and Sean Penn managed to avoid each other on the red carpet, but posed like a happy couple for a photo taken backstage, sparking rumors as to whether they are back together -- or not. 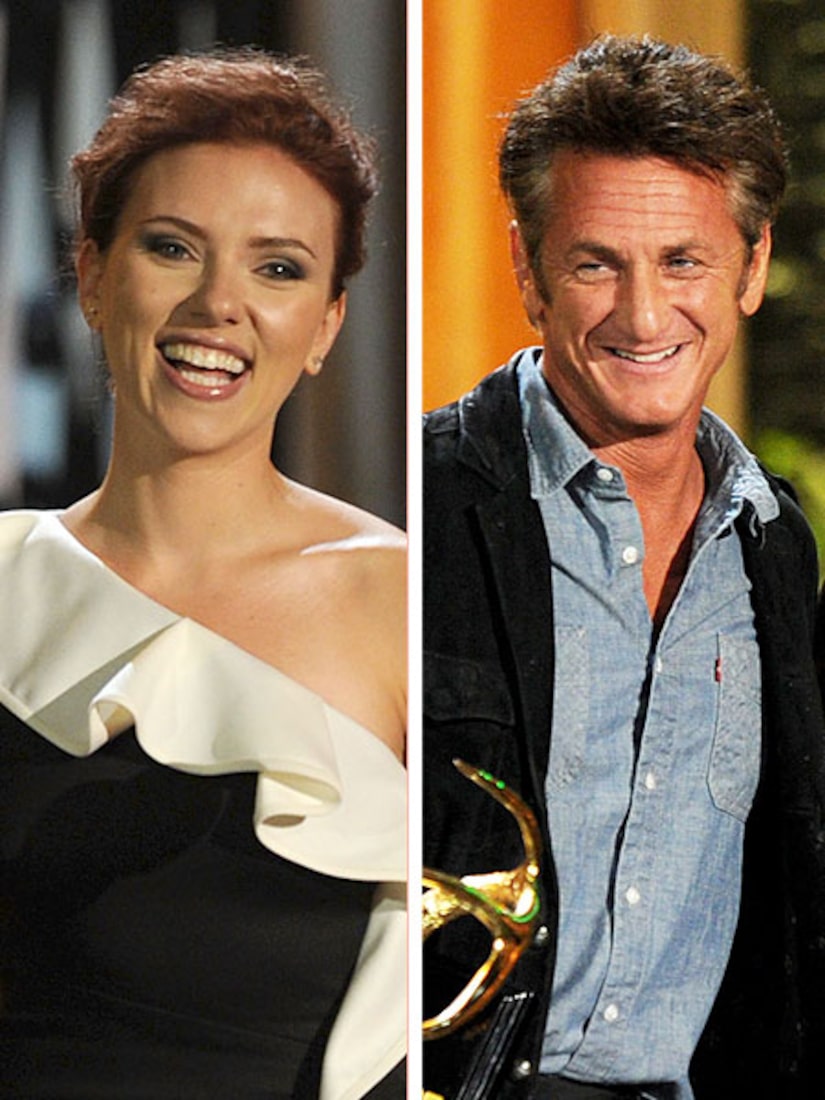 Johansson and Penn, both divorced, were said to have split recently after months of an international courtship. A source confirmed to People last week that the two had called it quits.

During their relationship, Johansson and Penn enjoyed a romantic Cabo San Lucas getaway, held hands at a White House dinner and even worked out together -- jogging with pal Owen Wilson in April.

At the awards show, Penn was given a "Mantler" trophy, and was inducted into the Guy Movie Hall of Fame along with the cast of the 1982 comedy, "Fast Times at Ridgemont High."