Life after "Dancing with the Stars," has proved fruitful for Kirstie Alley. The actress is involved in many upcoming projects and admits to hanging with the 20-something crowd of hot guys! Kirstie said, "I wanna be 'The Bachelorette.' But all my dudes have to be under 23!" Speaking into the camera, she asked, "Mario, isn't it right for me to do that?"

Alley was recently in NYC for an event called "Dance with Me," where she and Maksim Chmerkovskiy performed in front of a smiling crowd. Maks, returning stateside after looking for love in the Ukraine as "The Bachelor," revealed it didn't end very well. "I would never do anything 'Bachelor' related ever again." 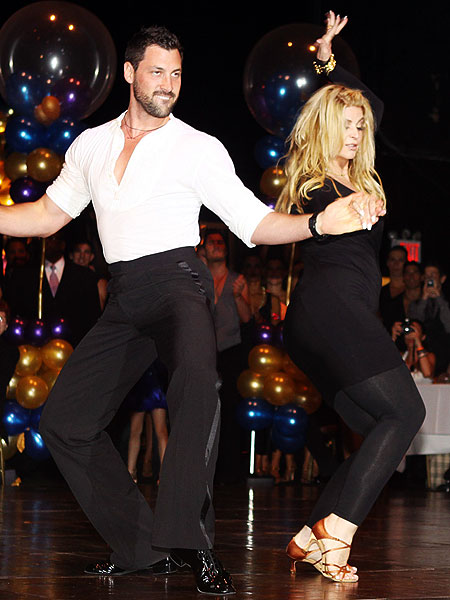 Kirstie will hang up her dancing shoes for a future film called "Syrup," that deals with soft drink company CEOs for Coke and Pepsi. Alley said she has her sights set on starring opposite Robert De Niro, who has not signed on for the film. "Robert, do this! I want him to play the CEO of Coke. I'm playing the CEO of Pepsi. Oh yeah, I'm ruthless."

For more information on "Dance with Me," go to their official website!

Derek Hough Reacts to ‘DWTS’ Changes, Plus: He Talks Quarantine Diet and…

Is Clare Crawley Already Engaged to One of Her ‘Bachelorette’ Suitors?

Cady Groves' Cause of Death Revealed 7