Actress Jane Fonda was touted for her environmental, human rights and health efforts, as well as her work in women's empowerment and other issues, at the UCLA Longevity Center Icon Awards Saturday. 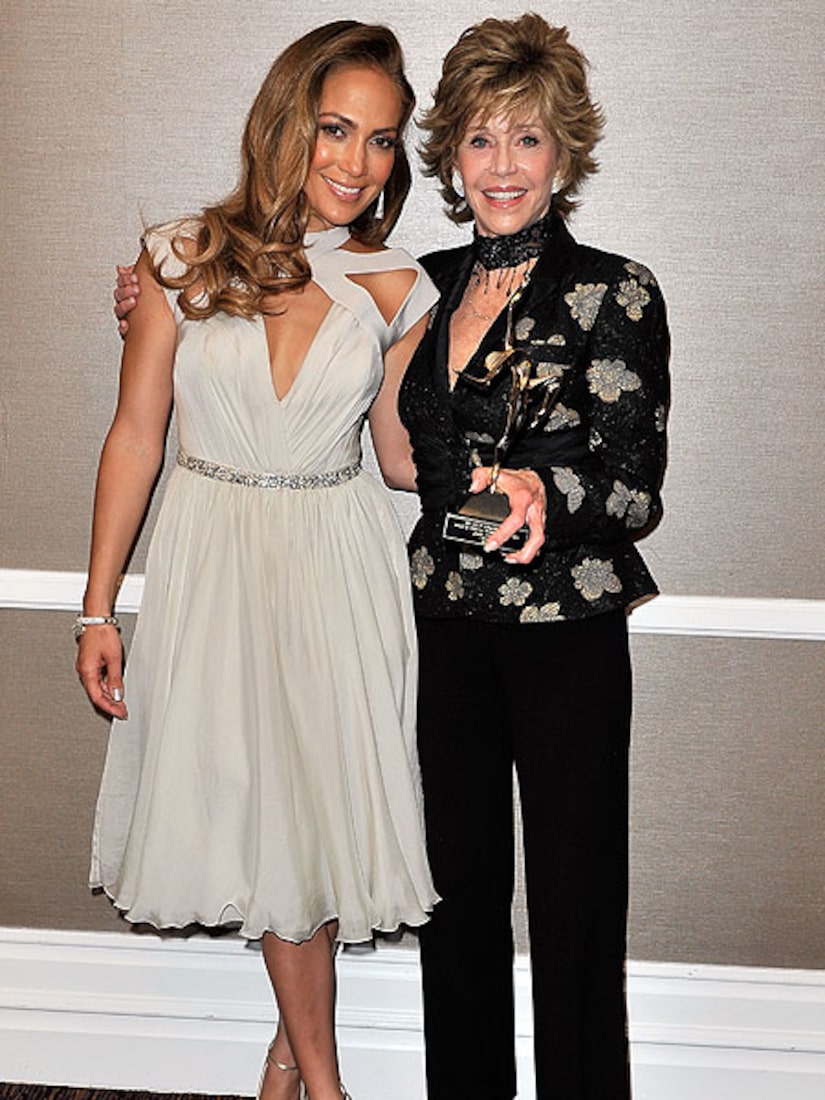 "American Idol" judge Jennifer Lopez presented Fonda the award, saying, "You're busy like crazy. I thought I was busy!"

On ascending the podium at the Beverly Hilton Hotel, Fonda talked of the "rectangularization" of aging, replacing the notion that "you're born, you peak at midlife and then you decline" with a long, healthy life. She then ticked off reasons that life improves with age, among them, "You know where the tiger is hiding; you don't have to keep looking for it in the bush."

And last Thursday, philanthropist Wallis Annenberg accepted the Nancy M. Daly Founder's Award at the United Friends of the Children's Brass Ring Gala and announced a $500,000 pledge to the organization.

Combined with another $240,000 from an auction offering, among other items, tickets to both "The Ellen DeGeneres Show" and the premiere of the final "Harry Potter" movie, UFC's gala ended up raising $2 million to help foster youth transition into successful adult lives.