After a futile attempt to keep their romance under wraps, Jennifer Aniston and new boyfriend Justin Theroux stepped out together Sunday, making a grand entrance at L.A.'s SoHo House for MTV's after-party, according to Us Weekly. 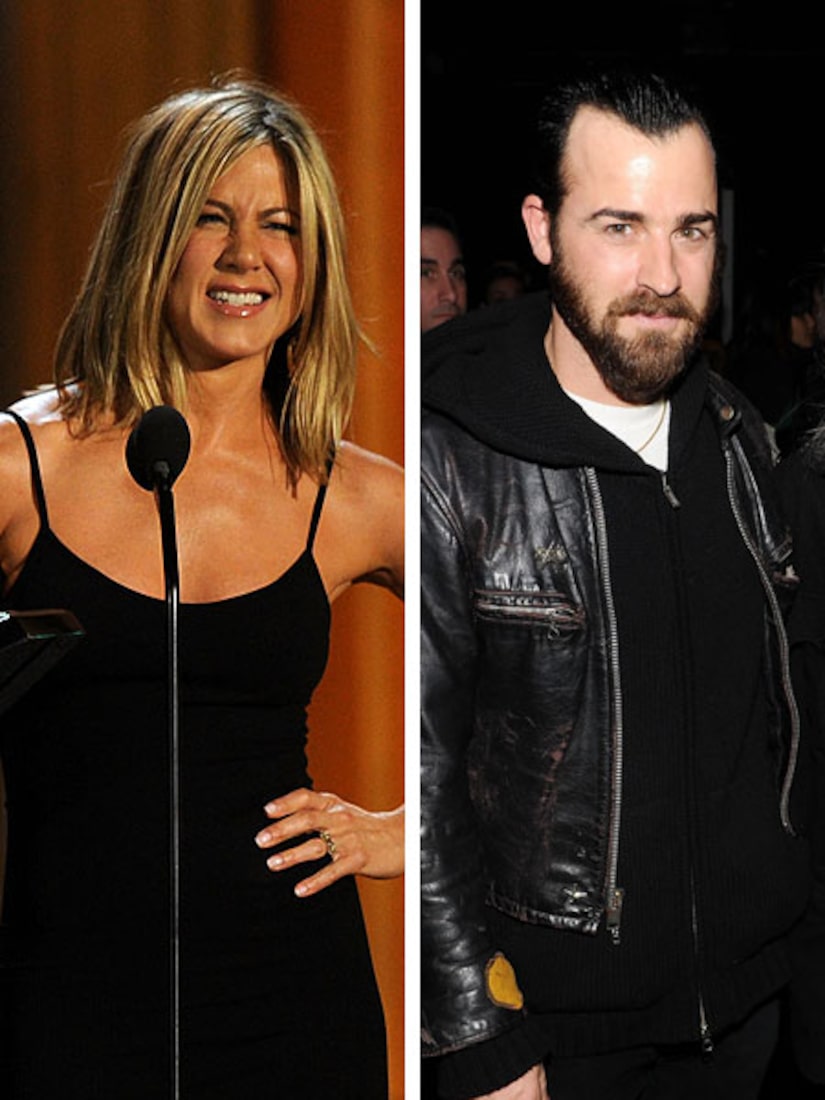 The couple walked in right after "Twilight" superstars Robert Pattinson and Kristen Stewart, and partied alongside Cameron Diaz, Reese Witherspoon and many other A-listers.

According to onlookers, Jen thoughtfully adjusted Justin's tie, and returning the affection, Justin gave her a kiss and rubbed her cheek. They even exchanged kisses throughout the night!

Theroux, 39, watched his new flame chat it up with other guests and grabbed her rear end before puckering up for another smooch.

A partygoer commented, "Lots of sexual tension. She has never seemed happier."