Rep. Anthony Weiner's 34-year-old wife, Huma Abedin, has to deal with her husband's public shame, after the media had a field day with the NY Representative's lewd underwear photo that was sent to an attractive female college student. 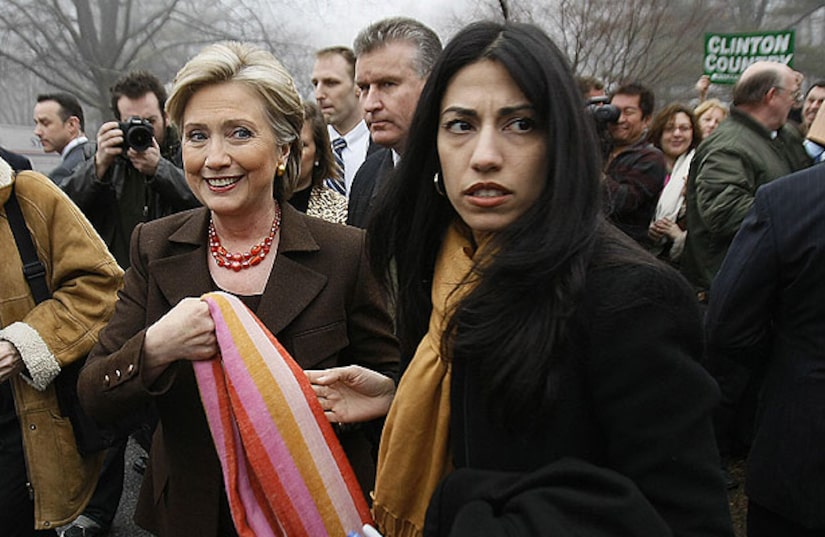 Huma married Weiner just over a year ago and is Secretary of State Hillary Clinton's trusted right-hand woman, serving as her aide since 1996 when she began as an intern when Mrs. Clinton was First Lady in 1996. Former President Clinton even referred to Abedin as his "second daughter."

Abedin, born in Michigan and raised in Saudi Arabia, was named TIME magazine's "40 Under 40" rising stars of American politics last fall and was featured in a 2007 issue of Vogue magazine. She is the daughter of an Indian scholar father and Pakistani academic mother. The high-profile beauty is considered to be quite the catch, with Weiner once joking that she was almost too good to be true.

The Best of Weiner's Epic Rants

Remaining poised and not showing signs of embarrassment or anger over her husband's public scandal, a State Insider told the NY Post, "She has been doing her job like nothing [has happened]. It has nothing to do with her job. This is her personal life."

This isn't the first time Huma has seen a sex scandal unfold before her. She worked at the White House during the Monica Lewinsky debacle in the late '90s. The State insider added, "She [Abedin] has the benefit of seeing [the Clinton administration]. She knows how absurd things can get."

Meanwhile, her husband said he is done talking about his provocative boxer briefs pic. "After almost 11 hours of answering questions, I'm going to have to get back to work, doing the job that I am paid to do."

Send us your best Weiner headlines in the comments section below!