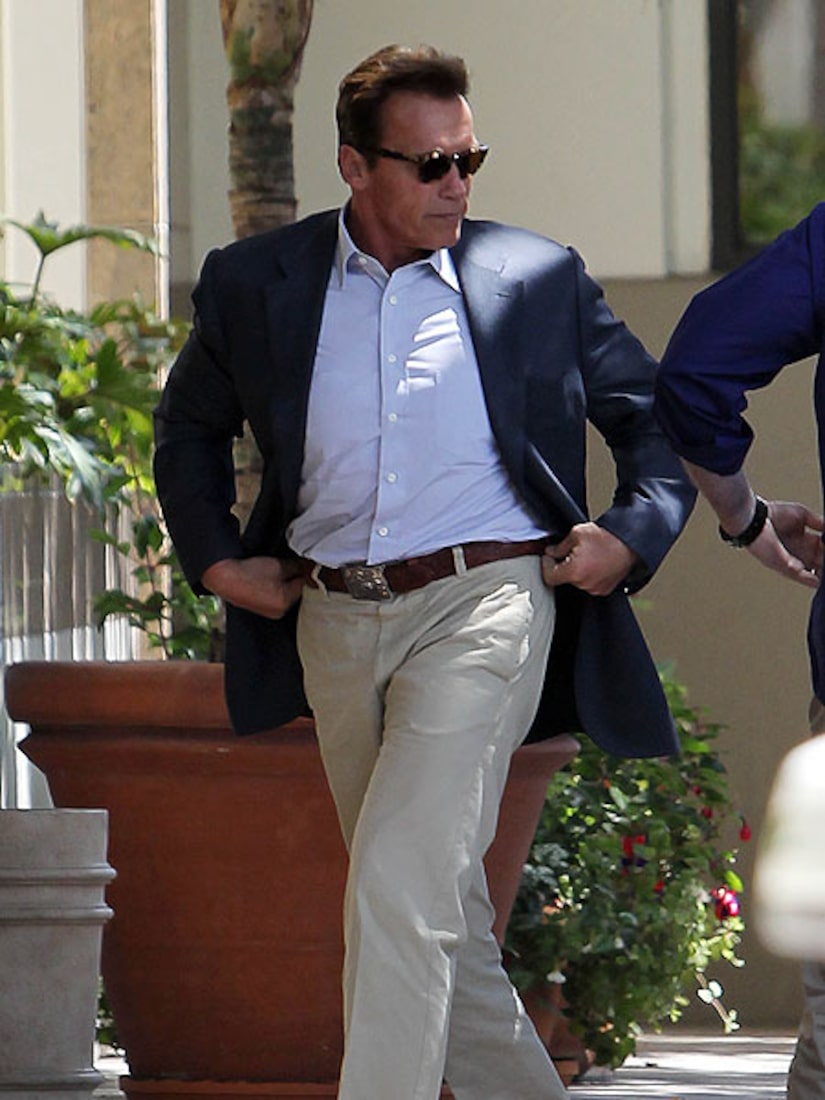 The details of the meeting were not disclosed, but speculation is that Schwarzenegger was discussing the possibility of a divorce with their mother, Maria Shriver.

An X17Online photographer said, "Arnold didn't look his usual, happy self. He was serious and it looked like he was dreading whatever was about to happen."

Since announcing their official separation on May 9, neither side has officially confirmed that a divorce is in the works, but Shriver retained divorce attorney Laura Wasser, while it was reported Wednesday that Schwarzenegger lawyered-up with Bob Kaufman.