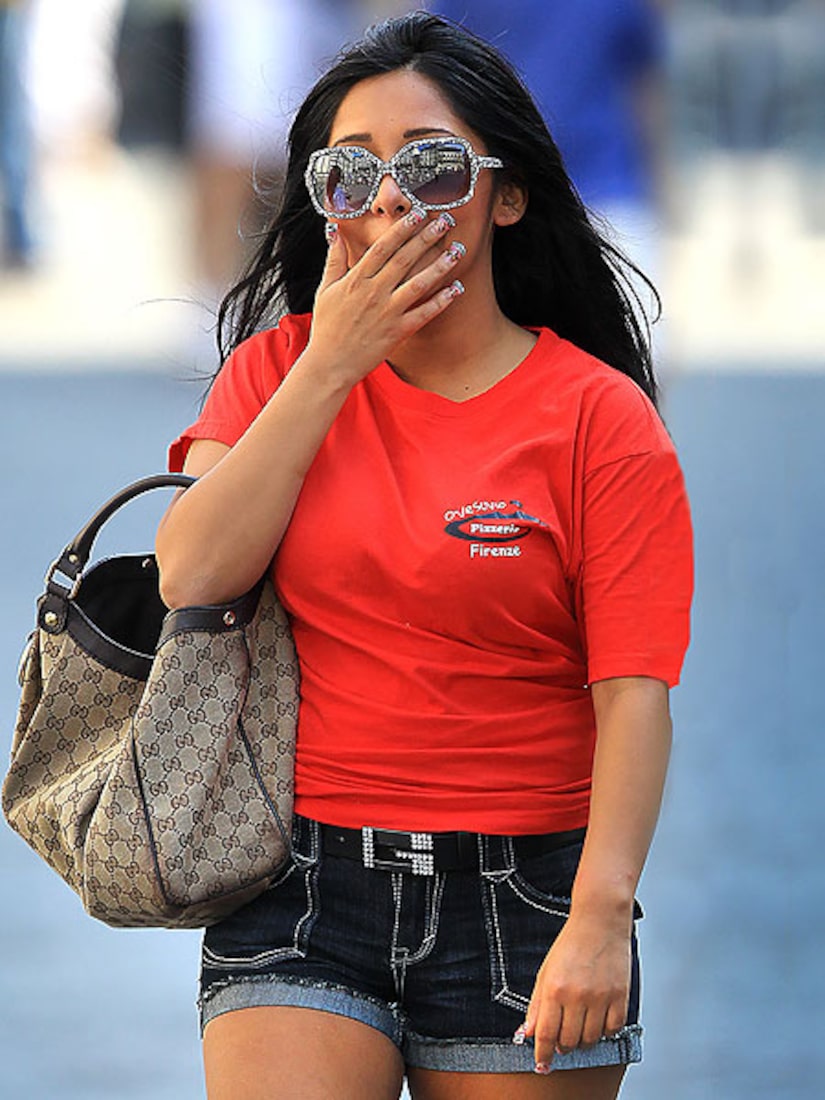 The reality star was driving a Flat Multipla, which resembles a small mini-van, with castmate Deena Nicole Cortese riding shotgun and MTV production crew members in the back, when the accident occurred. Police arrived to the scene and questioned the pint-sized Garden State diva while examining her driver's license, and said Polizzi could face charges.

The cops described the accident as a "low-speed impact," which happened during the city's evening rush hour. An alcohol breathalyzer test was administered and Snooki was not under the influence at the time of the crash, according to the MTV production crew.

The "Jersey Shore" cast members are having a difficult time driving in Florence, having already been fined over $400 in traffic violations prior to Snooki's fender-bender.