Brad Pitt has previously declared that he and Angelina Jolie do not plan to marry until "everyone else in the country who wants to be married is legally able." 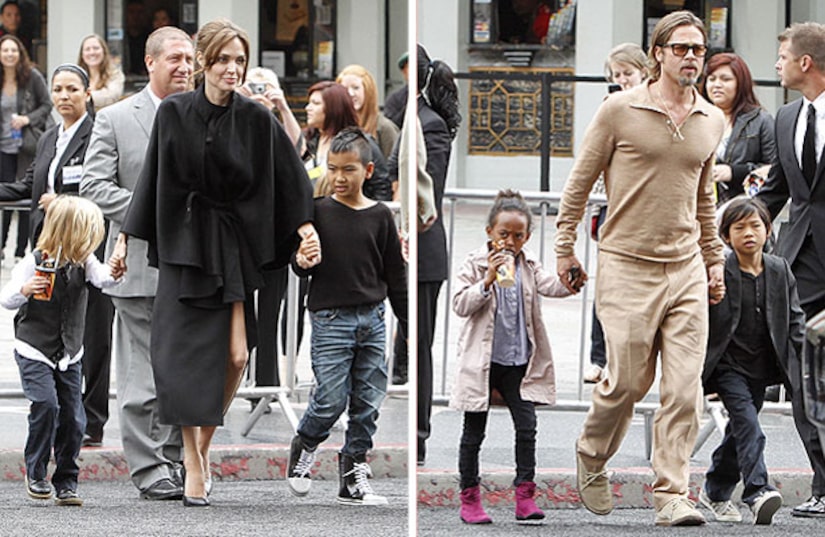 Perhaps the parents of six have had a change of heart. Brad tells USA Weekend he feels pressure from his children. "The kids ask about marriage. It's meaning more and more to them. So it's something we've got to look at."

"The Tree of Life" star also says his kids hold him accountable, which makes the subject of marriage difficult to dodge. "Kids hold up a mirror to you. You can't make excuses," the 47-year-old tells People.

Vote! Should Brad and Angie Tie the Knot?

The jet-setting father of six, who calls Los Angeles the brood's "base camp," says the family is improving their traveling skills. "On the road, we're a military mobile unit. The kids have got their own stuff down to one backpack, and they're each responsible for their own bag. Mom does the packing; she's quite gifted at that. Puts in just what we need -- nothing extra."

Brad also reveals, "There are no secrets at our house. We tell the kids, 'Mom and Dad are going off to kiss.' They go, 'Eww, gross!' But we demand it."