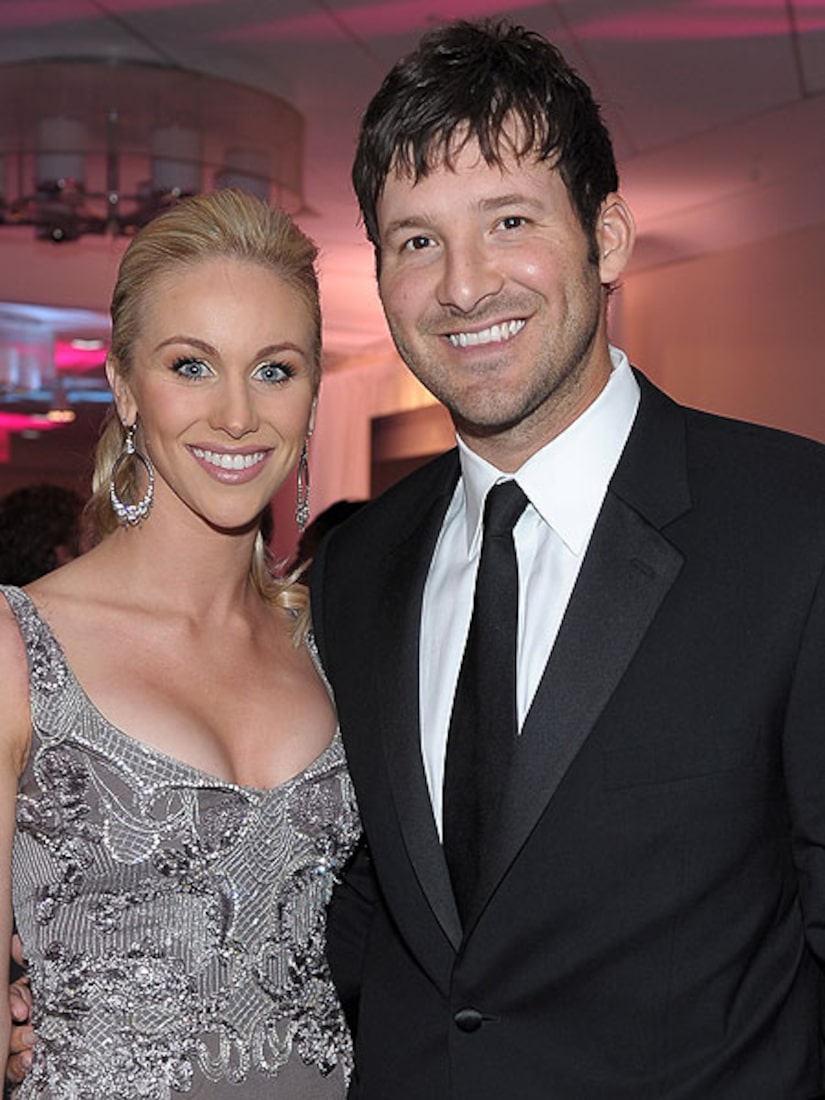 Many of Romo's former and current football teammates, including legends Troy Aikman, Roger Staubach and Miles Austin, attended the ceremony.

Guests were given snacks including pizza and short ribs as well as gift bags with goodies such as champagne, Kiehl's beauty products, various gourmet treats and Neiman Marcus gift cards, reports People.com.

According to CBS, wedding planner Todd Fiscus, who previously planned New York Giants Eli Manning's wedding, chose "lots of man food" because he had "a lot of football players to feed."

Fiscus also dished about Romo's role in planning his 600 person wedding. "Tony picked out every song, and when it plays, and what the keynote things are," Todd said in a recent interview with local news station WFAA. "At the end of the ceremony, we [had] a lot of special effects not usually played into a wedding ceremony."

Romo was previously linked with actress/singer Jessica Simpson; they called off their relationship in 2009.