Now that his "Torpedo of Truth" tour is over, Charlie Sheen can go back to focusing on his personal life. The star recently listed his Beverly Hills mansion for $7.2 million. 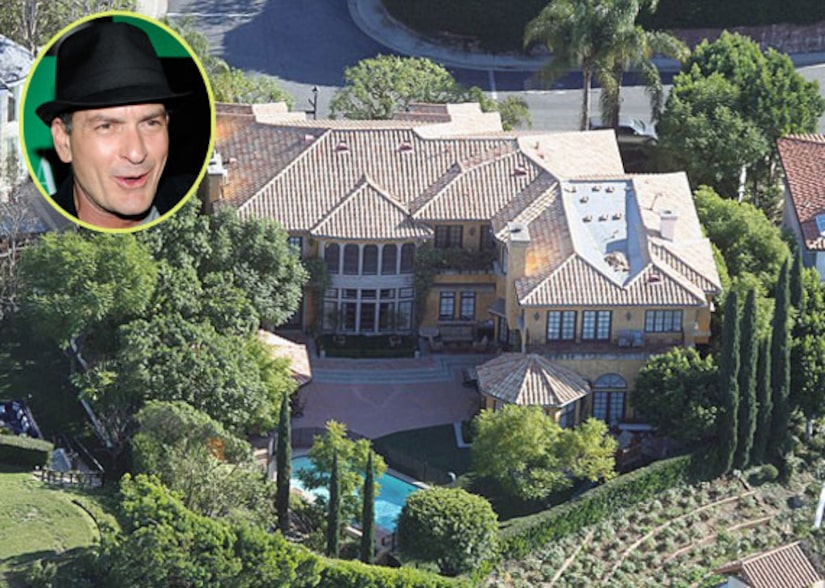 The plush pad, which he nicknamed Sober Valley Lodge, has five bedrooms, seven bathrooms and much more. The listing for the home reads, "Spectacular celebrity home! This custom-built Mediterranean house in Mulholland Estates is an entertainer's dream with spacious public rooms, most of which open to a beautifully landscaped yard featuring a professional outdoor kitchen with dining area, pool and spa. Other features include a screening room and top-of-line appliances and finishes."

The sale comes a few weeks after the actor's divorce with Brooke Mueller was finalized, with Mueller awarded $55,000 a month in child support in addition to a lump sum of more than $750K.

Speculation about this sudden sale of his home is rumored to be a result of the 45-year-old being strapped for cash. It seems unlikely, since Sheen recently purchased another home in the same area with six bedrooms and nine bathrooms.