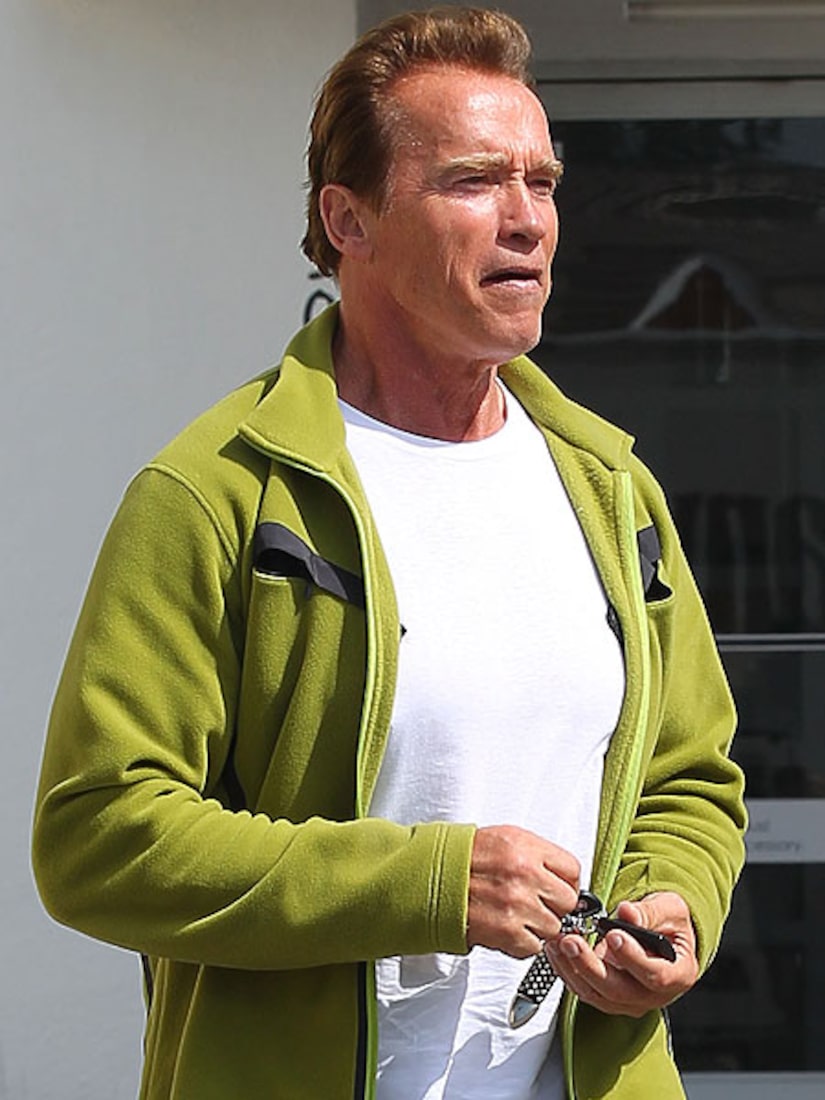 Author Ian Halperin, who wrote the unauthorized Schwarzenegger biography "The Governator," told "Extra" the actor/politician is a broken man. "He's actually shed tears. He knows he's done wrong, and he's begging on his knees for forgiveness and one last chance. Arnold has been making calls to Maria repeatedly, asking her for one more chance."

But Halperin added, "Maria wants no part of it."

Shriver was spotted Thursday having lunch with U2 lead singer Bono, who Halperin says she is leaning on for support. "Maria and Bono have been friends for years," said the author. "Maria just wanted to seek advice, and Bono's going to help Maria get over the devastation of being cheated on all these years by Arnold."

In an "Extra" exclusive interview, Gigi Goyette claimed she was Schwarzenegger's secret lover for decades, beginning before he married Shriver, but when the love-child scandal broke, Schwarzenegger called Goyette in a panic. "I was a little apprehensive because I haven't talked to him in 10 years. I said, 'I don't know what to do, and he says, 'Well I would prefer if you just remained quiet."

She admitted she has met Shriver several times, but never felt awkward about it. "I really didn't. This sounds kind of selfish, but I thought because I was with him before she was, that I kind of had my own little rights."

Schwarzenegger's reps are not commenting, but Shriver may get the last word in a potential divorce worth hundreds of millions.