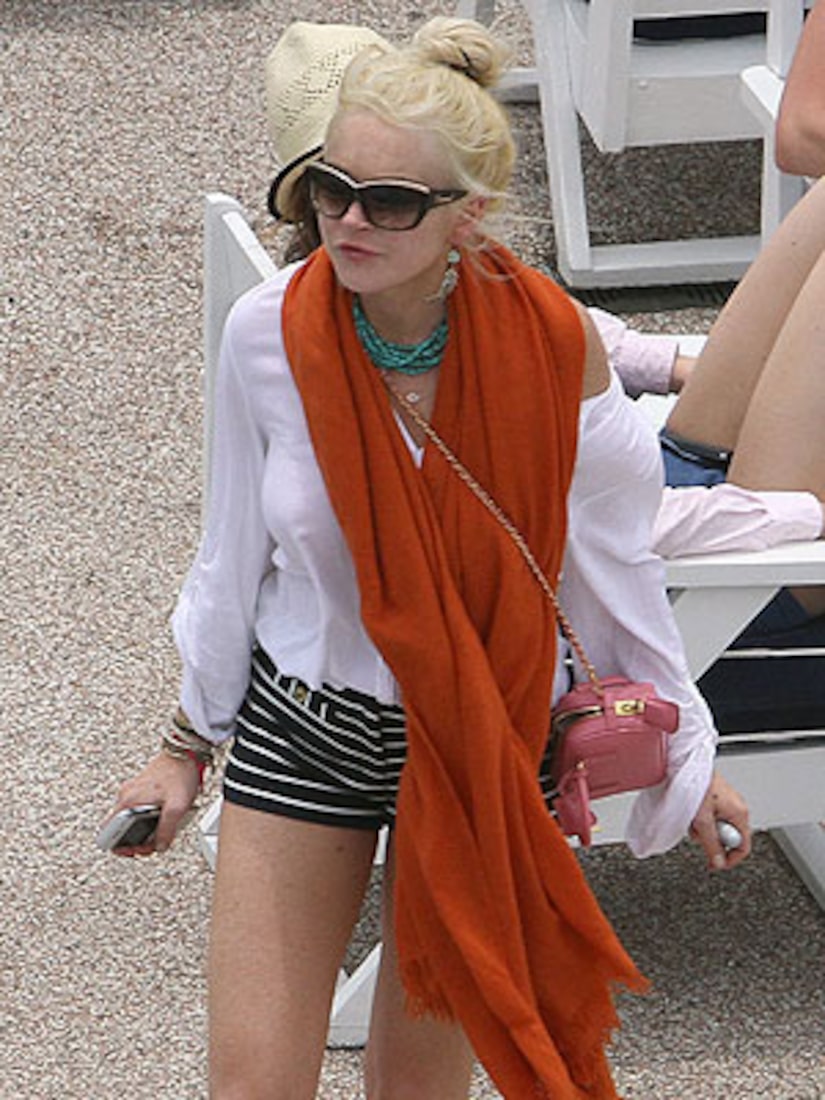 In the wee hours of Thursday morning -- 5:02 A.M. -- Lindsay Lohan turned herself in at Lynwood Jail, where it was determined she was eligible to serve her sentence at home.

An overcrowded jail and the fact that she is a non-violent offender qualified the starlet to receive house arrest in lieu of county lockup. Lohan was fitted with an electronic ankle bracelet and released in less than an hour. A booking photo was not taken.

Lindsay is also fulfilling her 480 hours of community service, in which she is expected to serve janitorial duty at a women's shelter downtown, as well as in the L.A. County morgue.

The actress previously pleaded no contest to stealing a $2,500 necklace and was subsequently sentenced to four months in jail. Speculation that Lohan may only serve two weeks of home confinement due to good behavior and budgetary constraints is also a possibility.