John Wayne Enterprises has announced the first opportunity for John Wayne fans to view and purchase Wayne's personal and professional items from his long career in films. 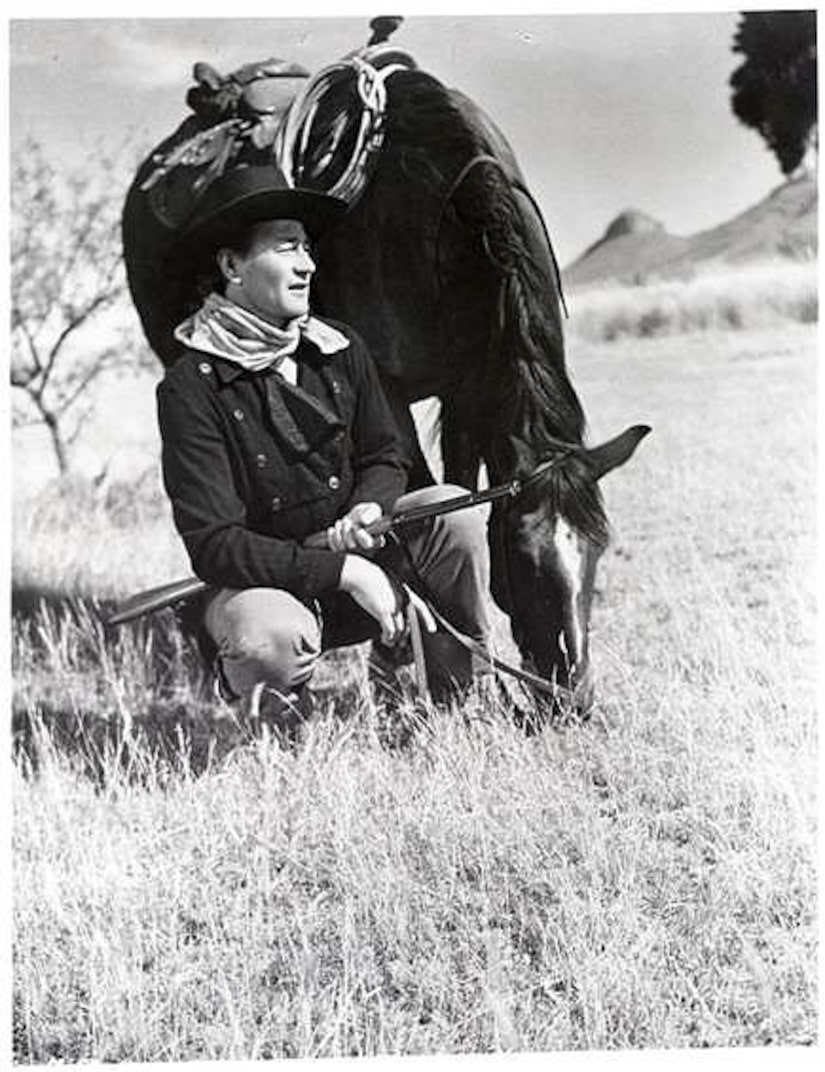 The John Wayne family has commissioned the release of more than 400 awards, scripts, costumes and personal documents never before seen by the public, including Wayne's Best Actor Golden Globe for his turn in "True Grit," his eye patch from movie, and a cowboy hat from the film's 1975 sequel, "Rooster Cogburn." Also up for auction will be costumes he wore in such classic films as "Sands of Iwo Jima" and the critically acclaimed "The Green Berets."

Pre-sale estimates range from $100-$50,000, depending on the value of the item. Items offered in the auction will be accompanied by a certificate of authenticity from the Wayne family and Heritage Auctions.

The preview and live/online auctions will take place in Los Angeles at the Hyatt Regency Century Plaza from October 3-6, 2011 (specific preview dates/times will be announced). Go to the official Heritage Auctions website to find out more!