How do you say goodbye after 25 years? 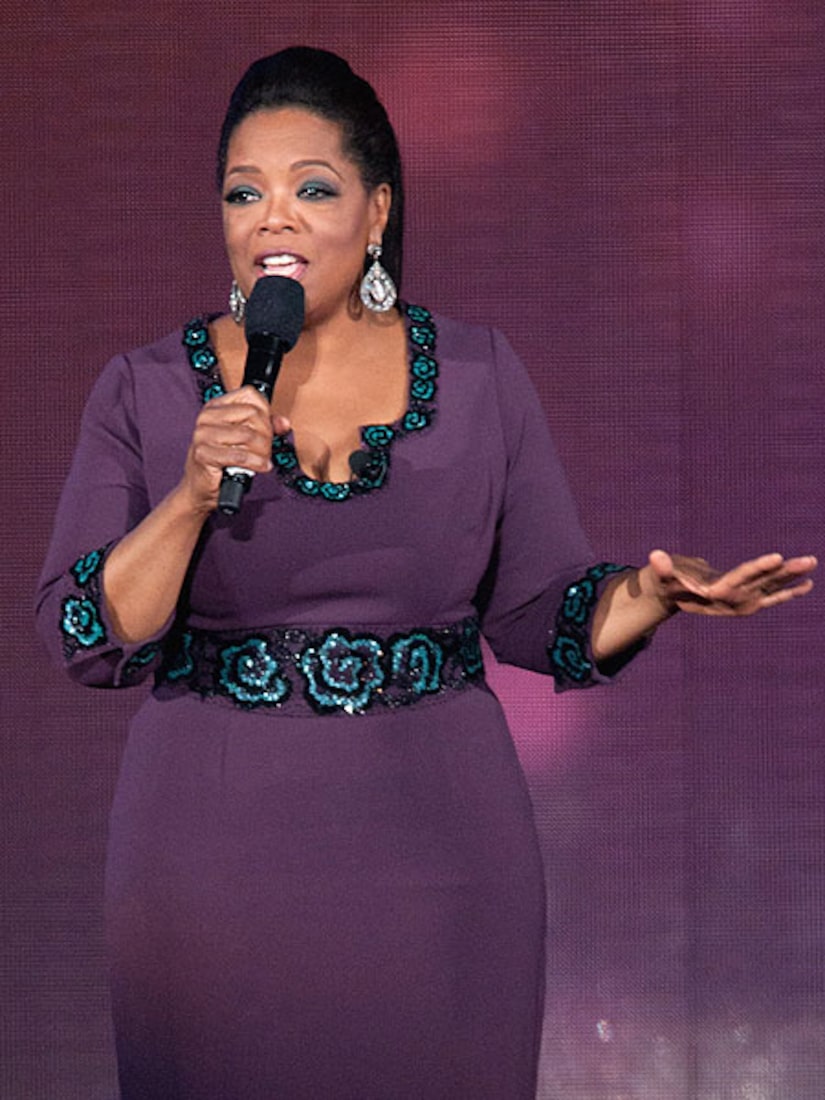 "The Oprah Show" has reached its final hour after 4,561 shows that have touched lives and impacted millions of people around the world. "I never missed a single day because you were here. God is life and your life is always speaking to you. This is my love letter to you," Winfrey said to her viewers on the final show, adding, "You and this show have been the great love of my life."

A farewell would not be complete without a trip down memory lane, and Oprah laughed looking back at her wild fashion statements from the '80s. "My big hair! Whoa! And earrings the size of napkins!"

Among the 13,000 audience members at United Center were some celebrity fans who expressed their appreciation for Ms. Winfrey. Matt Damon told "Extra," "I'm amazed. I don't remember life without Oprah."

Aside from the millions of fans and celebrity admirers whose lives have been influenced by the megastar host, Lady O has helped her team of experts to spread their wings from "The Oprah Show." Dr. Mehmet Oz, Dr. Phil McGraw, Suze Orman, Nate Berkus, Kathy Freston and Rachael Ray have experienced success in their own TV shows -- and have Oprah to thank for it. "Extra" also recalled when Oprah helped kick-off our 1994 show debut!

Helping Americans get healthy one show at a time, Dr. Oz said, "Oprah's legacy is the people she trained. It's Phil, it's me, it's Nate." The famous doc sent a special message to Oprah: "I love you dearly. Thank you so much for trusting me, for giving me the trust of so many of our viewers. Thank you for teaching me things I needed to hear as a man, a husband, as a surgeon, and as a human being."

Oprah's 1986 interview with extraordinary pianist, Liberace, was his last — as he died of AIDS-related complications six weeks later.Winfrey has called him one of her favorite guests.

In 1988, Oprah interviewed Elizabeth Taylor, who specifically requested the talk show host to refrain from discussing her seven marriages. Winfrey teased, "I declare, you've got to stop talking so much, Ms. Taylor!"

In 1993, Oprah ventured off to Michael Jackson's Neverland Ranch for his first interview in 14 years.Jackson revealed candid details about his skin color, plastic surgery, his relationships and children.

One of Winfrey's role models is Mary Tyler Moore's character — an independent, career-minded woman — on "The Mary Tyler Moore Show." In 2008 "The Oprah Show" recreated Tyler's set on the Harpo Studio stage and invited the entire cast.

In 2006, Book Club author James Frey admitted he invented and embellished parts of his memoir, "A Million Little Pieces."Oprah confronted him on her show and said, "I feel duped, but more importantly, I feel that you betrayed millions of readers."Frey's career has since recovered, but he lost a book deal in the aftermath.

As the first African American actor to receive an Academy Award, Sidney Poitier visited Oprah's show in 2000, after his autobiography was published.Oprah said she had watched him receive his Oscar as a 10-year-old girl and was incredibly inspired. She later wrote on her website, "I remember thinking that if he could do that, I wonder what I could do."

Oprah had said she always dreamed of singing with superstar Tina Turner on stage. Her dream came true during the 2000 launch party for her magazine, "O, The Oprah Magazine."

In a shocking 2009 interview, Mackenzie Phillips appeared on the show and spoke for the first time about her incestuous relationship with her musician father, Jon Phillips.Phillips wrote a book called, "High on Arrival," which describes her struggle with drugs and the relationship with her father.

In a much-anticipated show, Oprah announced Kirstie Alley would lose weight and show off her slimmer body on the show wearing nothing but a bikini.The actress kept her promise and in November of 2006, strutted down Winfrey's stage in a brown two-piece.

In 2005 Lisa Marie Presley sat down with Oprah to discuss her difficult teenage years, struggle with drugs, and short-lived marriage to Nicolas Cage.

In one of the most memorable and talked about episodes, an ecstatic Tom Cruise jumped up and down on Winfrey's couch, proclaiming his love for Katie Holmes in 2005.

Whitney Houston opened up to Oprah in a 2009 interview and disclosed her tumultuous 14-year marriage to Bobby Brown and battle with drugs.

Chris Rock made his "Oprah Show" debut in 1997, and is one of Oprah's all-time favorite guests. Oprah said, "I just love the way his mind works."

Lady Gaga, recently topping Ms. Winfrey on the "Forbes Most Powerful" list, performed on the "Oprah Show" in January 2010.

World famous singer, Celine Dion, goes down as Oprah's most frequent celebrity guest — appearing on the show 27 times!Dion first appeared on "The Oprah Show" in 1996 after Winfrey surprised an entire audience with a trip to Disney World.

In a rare interview, Oprah flew to Scotland to sit down with billionaire Joanne "Jo" Rowling, better known as "Harry Potter" author J.K. Rowling.Winfrey said it was one of the most fascinating interviews she's ever done.

"Twilight" fans everywhere were glued to their television sets when Robert Pattinson, Kristen Stewart and Taylor Lautner arrived to Harpo Studios in May 2010.