"American Idol" finalist Lauren Alaina nearly had to drop out of the competition when her voice nearly gave out. 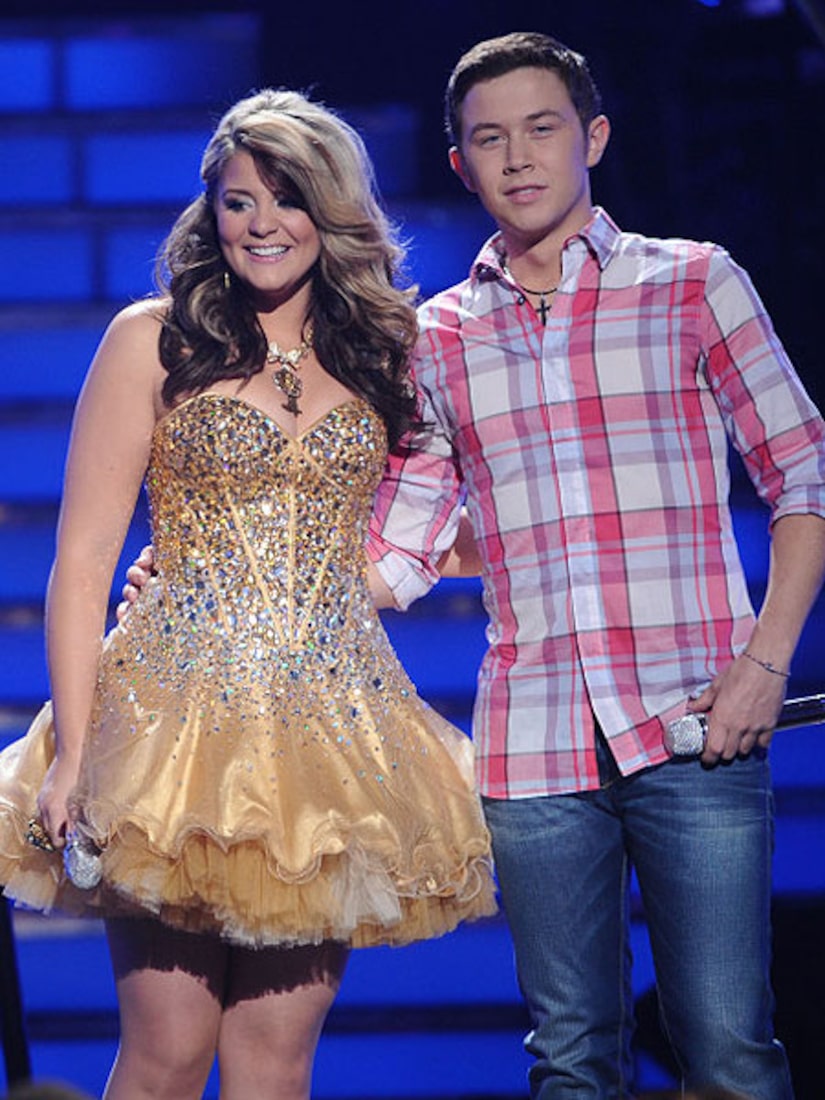 A doctor came on stage Tuesday night and announced that Lauren has "blown out one of her vocal chords." Reports circulated saying third place runner-up Haley Reinhart was waiting in the wings if Lauren was unable to sing.

But Lauren persevered, walking on stage and saying, "I'm here, I'm ready to sing and I'm fine." Her first song received a standing ovation from the judges.

Backstage, "Extra's" Terri Seymour talked with judge Steven Tyler about what happened. "I think she caught wind that Haley was in the backdrops, waiting to do what she couldn't, so she just stepped up to the plate and did it."

Tyler has supported Alaina from the beginning. "I thought the world of her voice and she was just a definite 'American Idol.'"

Find out the fate of Lauren Alaina and Scotty McCreery's tonight when "American Idol" crowns its next singing sensation!