As speculated, Oprah Winfrey will end her long run as the Queen of Talk by herself.

The final episode of "The Oprah Winfrey Show" taped Tuesday with Oprah alone on her Chicago stage, talking to viewers and thanking them for supporting her during the show's 25-year run. 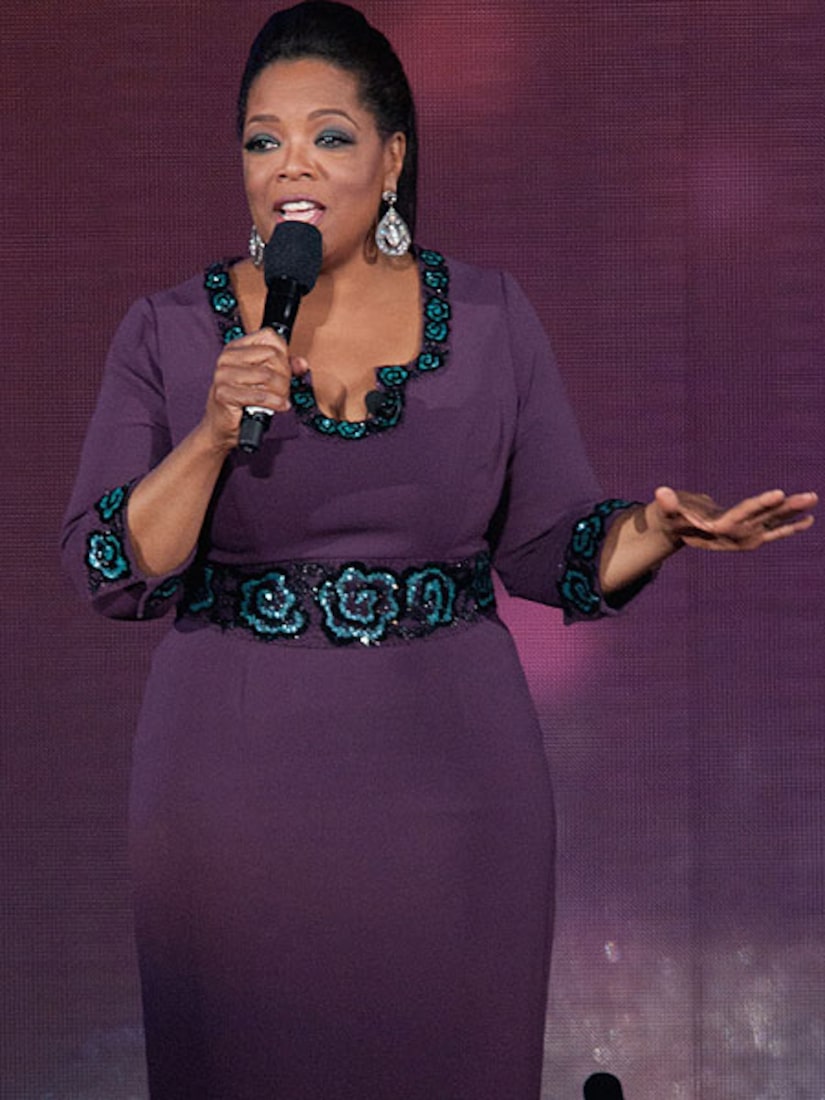 "It was just her the whole time, a recap of what she believed in, what we've given her as viewers and what she hopes she has given us," fan Nancy Evankoe, 60, told AP.

Hundreds of fans waited in line outside Winfrey's Harpo Studios in Chicago Tuesday morning in hopes of obtaining a ticket.

Sarah Cranley, 32, of Chicago, and her mother were some of the lucky ones. "You think about how many billions of people around the world watch her and want to be here," Cranley said. "What are the odds?"

Winfrey's best friend Gayle King greeted some of the waiting fans and interviewed several with a camera phone. For her, the show's end is bittersweet. "I have such mixed feelings about it," King told fans.

The final taping had its share of celebrities in the audience, including Tyler Perry, Maria Shriver and Cicely Tyson, but none joined Winfrey on stage.

The finale will air on Wednesday, May 25.