Actor Mel Gibson, in Cannes promoting his film "The Beaver," was spotted shirtless on his Eden Roc Hotel balcony in Cap d'Antibes, courtesy of X17Online.com. 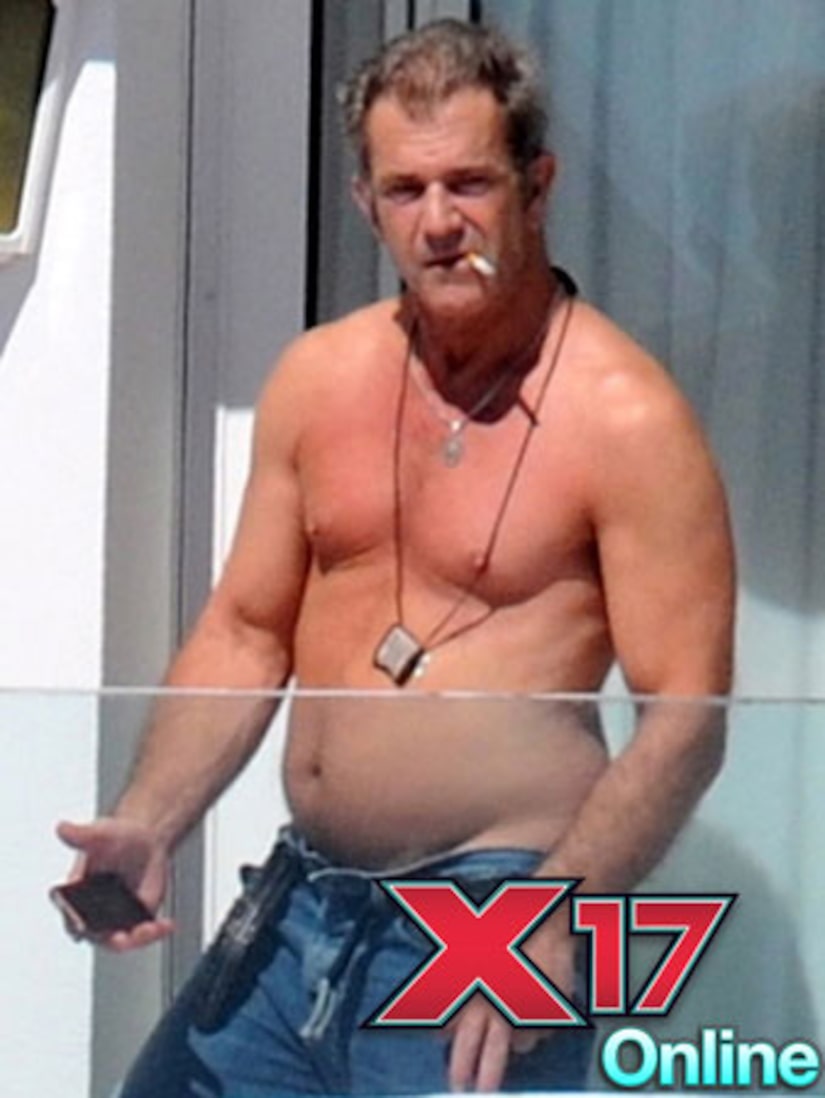 Later, Gibson attended the premiere of the dark dramedy with director pal Jodie Foster. When asked how he could delve so deeply into the troubled character, who can only communicate through a beaver hand puppet, the Oscar-winning actor quipped, "I faked it," adding, "Hey, I don't know. It doesn't bear too much analysis."