The public split of the former Governor of California and his wife of 25 years, Maria Shriver, was spurred after Shriver learned that Arnold fathered a child more than a decade ago with a longtime member of their household staff, according to The Times. 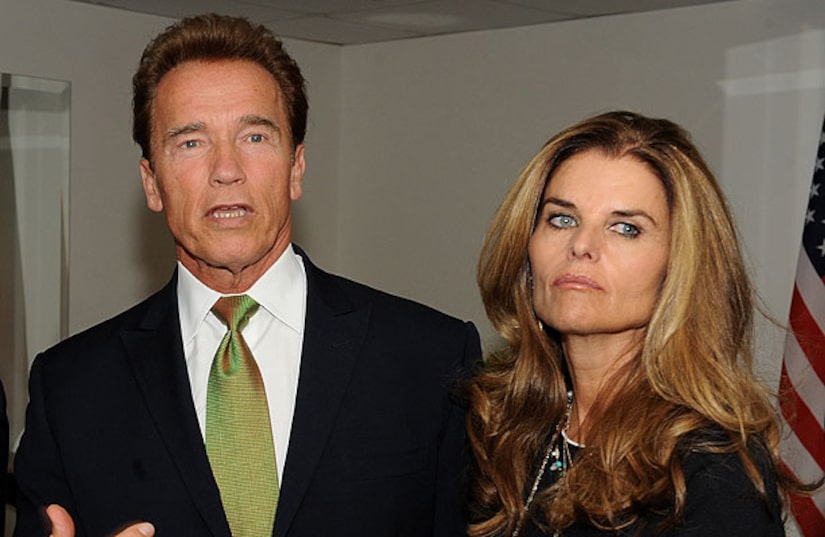 Maria moved out of their Brentwood mansion in January after Schwarzenegger admitted he was indeed the father.

The staff member, whose name has not been revealed, worked for the family for 20 years and retired last January. The woman left on her own accord. "I wanted to achieve my 20 years, then I asked to retire," she told the L.A. Times. She received a good severance payment and "left on good terms."

Arnold & Maria Through the Years

She denied Schwarzenegger was the father of her child and declined to comment when The Times informed the woman Arnold had released a statement, admitting to the paternity.

His statement to The Times said: "After leaving the governor's office I told my wife about this event, which occurred over a decade ago. I understand and deserve the feelings of anger and disappointment among my friends and family. There are no excuses and I take full responsibility for the hurt I have caused. I have apologized to Maria, my children and my family. I am truly sorry.

"I ask that the media respect my wife and children through this extremely difficult time. While I deserve your attention and criticism, my family does not."

Shriver told People.com, "This is a painful and heartbreaking time. As a mother, my concern is for the children. I ask for compassion, respect and privacy as my children and I try to rebuild our lives and heal. I will have no further comment."

Arnold and Maria's children took to Twitter to express their feelings about the matter. Daughter Katherine tweeted, "This is definitely not easy but I appreciate your love and support as I begin to heal and move forward in life. I will always love my family!"

"Some days you feel like sh**, some days you want to quit and just be normal for a bit, yet i love my family till death do us part," Patrick tweeted.