Actor Alexander Skarsgard, who plays the 1,000-year-old hot vampire Eric Northman on "True Blood," recently graced the cover of GQ magazine, in which he talks about the hit HBO show, his obsession with whale watching -- and why you'll never see "The Skarsgards" on TV. 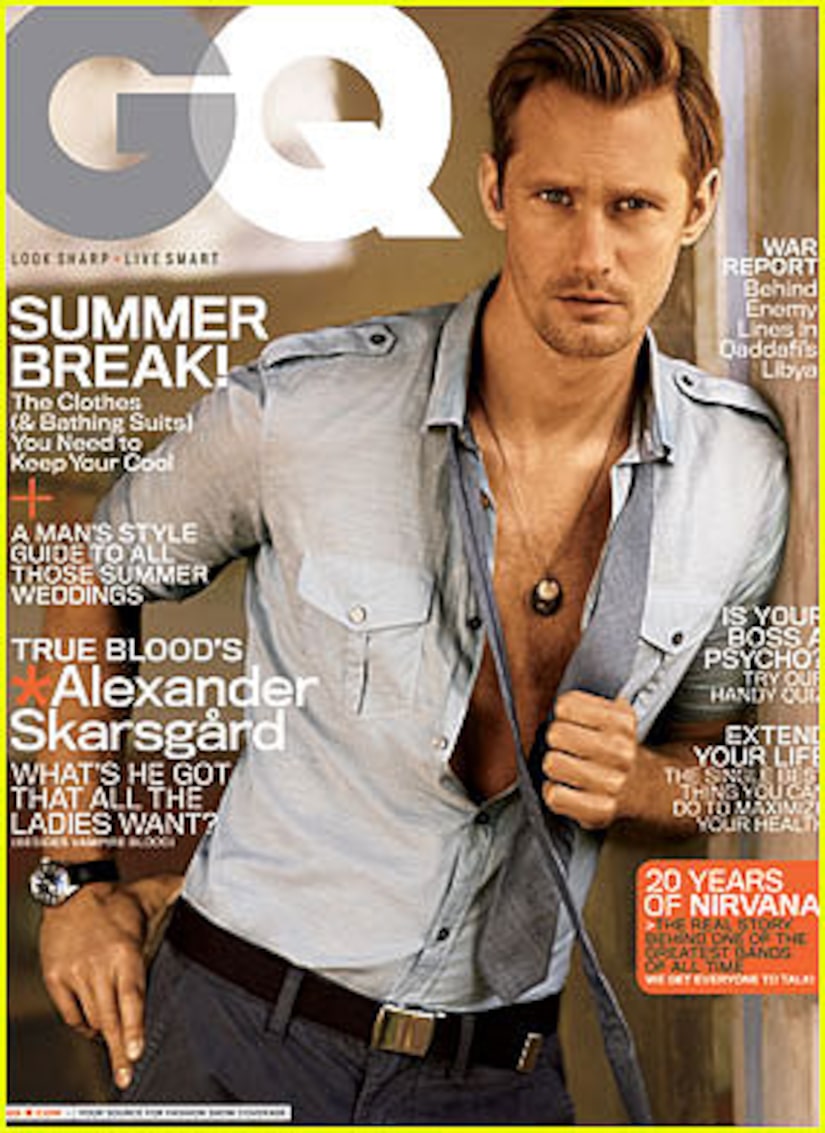 Skarsgard's "Blood" character has gained quite the following. His fans are desperate to see him split up lovers Sookie Stackhouse (Anna Paquin) and Bill Compton (Stephen Moyer).

Since Paquin and Moyer are married in real life, is there any on-set awkwardness? "It's really clear to Steve and to everybody else what the deal is -- which is that Anna is like a sister to me. Those love scenes take quite a bit of acting, actually. A lot of acting." 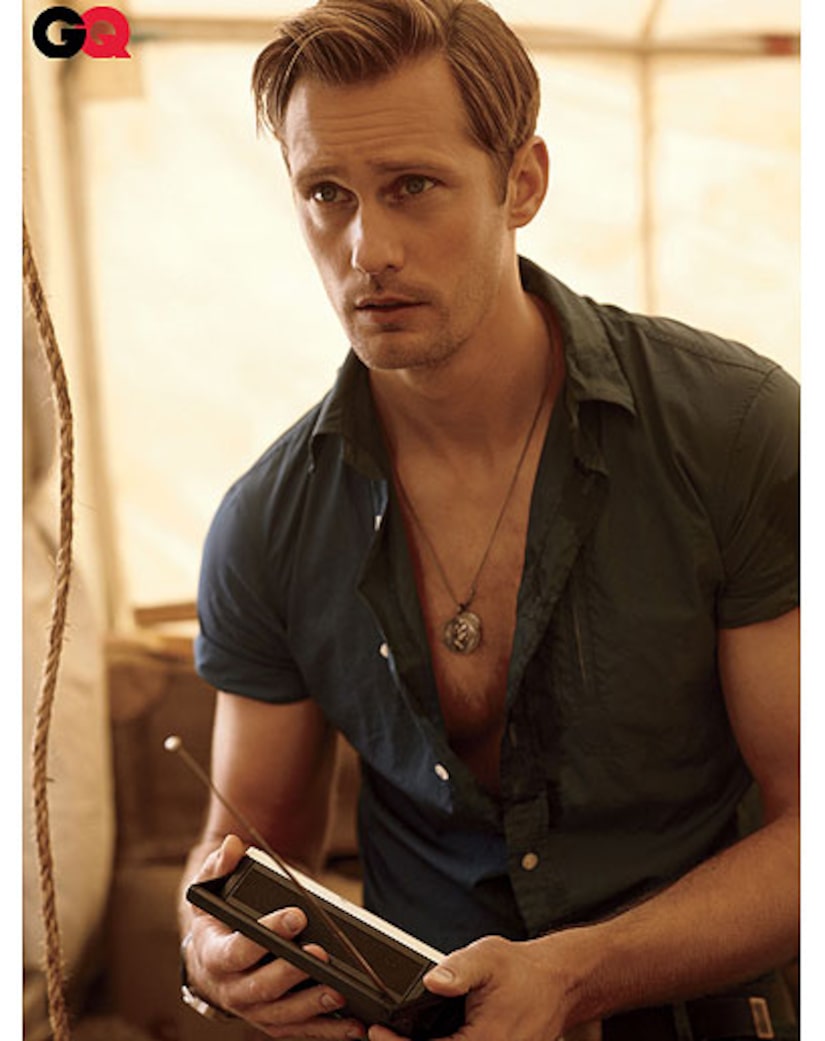 Skarsgard is the eldest son of famed Swedish actor Stellan Skarsgard ("Good Will Hunting," "Deep Blue Sea"), and has five younger brothers and a younger sister, but Alexander says, like all Swedes, his family is very reserved. Alexander jokes, "You're never going to see a television show 'The Skarsgards.'"

As for his lifelong passion for all things whales, Alexander explains his fascination. "They're the size of three buses, and yet they move with such calm confidence."