CBS and Warner Bros. have officially welcomed Ashton Kutcher to the "Two and a Half Men" family. 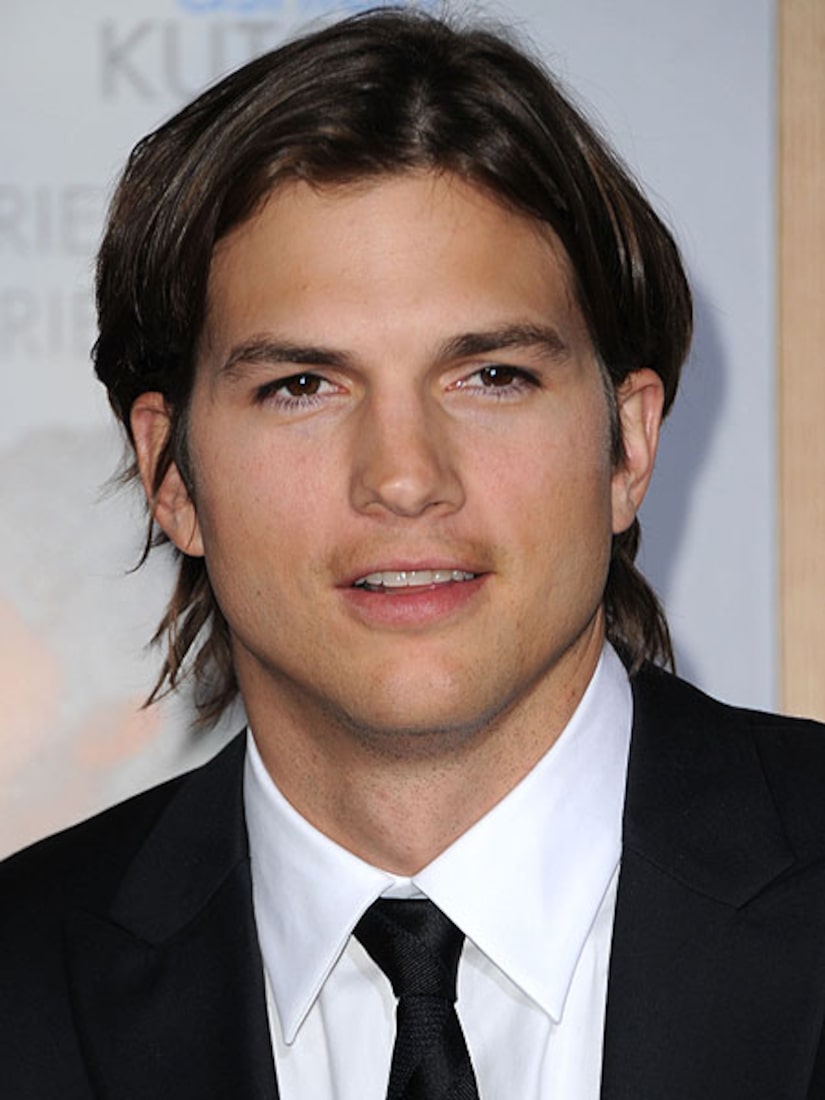 "We are so lucky to have someone as talented, joyful and just plain remarkable as Ashton joining our family," "Men" creator Chuck Lorre said in a statement. "Added to that is the deep sigh of relief knowing that our family stays together. If I was any happier, it'd be illegal."

Kutcher concurred. "I can't wait to get to work with this ridiculously talented 2.5 team and I believe we can fill the stage with laughter that will echo in viewers' homes," the actor said. "I can't replace Charlie Sheen, but I'm going to work my ass off to entertain the hell out of people!"

How much will Kutcher make working on the show? The Wall Street Journal reports Kutcher will be paid around $1 million per episode, but it wasn't clear if the actor would share in any back-end profits.

Cryer chimed in, "I'm jazzed about the news this morning that 'Two and a Half Men' is coming back! For all the rest of the cast and crew I'm sure they are equally excited. I want to express my enormous gratitude to Charlie Sheen for 8 great seasons. I'm extremely proud of the work we've done together and I will miss him. But I'm also looking forward to this new beginning. Ashton is an extraordinarily talented guy and his presence will be an asset to our show. We are old friends from our male-modeling days and we're both looking forward to being judged for our comedic artistry, as opposed to our exceptional physical beauty."

Former "Men" star Charlie Sheen said in a statement, "Ashton Kutcher is a sweetheart and a brilliant comedic performer. Oh wait, so am I!! Enjoy the show America, Enjoy seeing 2.0 in the demo every Monday, WB. Enjoy planet Chuck, Ashton. There is no air, laughter, loyalty, or love there."

Later though, Sheen tweeted his congratulations to Kutcher. "#Winning Congrats to the cast and crew...CBS & WB..! My best to @aplusk !! The show must go on... You got the right guy! c," to which Kutcher replied, via his own tweet, "@#2.5 @charliesheen Thanks man. Always been a fan, always will be! BTW you were 'born big'"

Kutcher, whose career began on FOX's "That '70s Show," will join Jon Cryer, Angus T. Jones, Holland Taylor, Marin Hinkle and Conchata Ferrell on the top-rated series. Production on the ninth season of the Emmy Award-nominated series will begin this summer for broadcast in the fall on CBS.