"Dancing with the Stars" pro Kym Johnson was injured during rehearsals with her partner, Hines Ward. 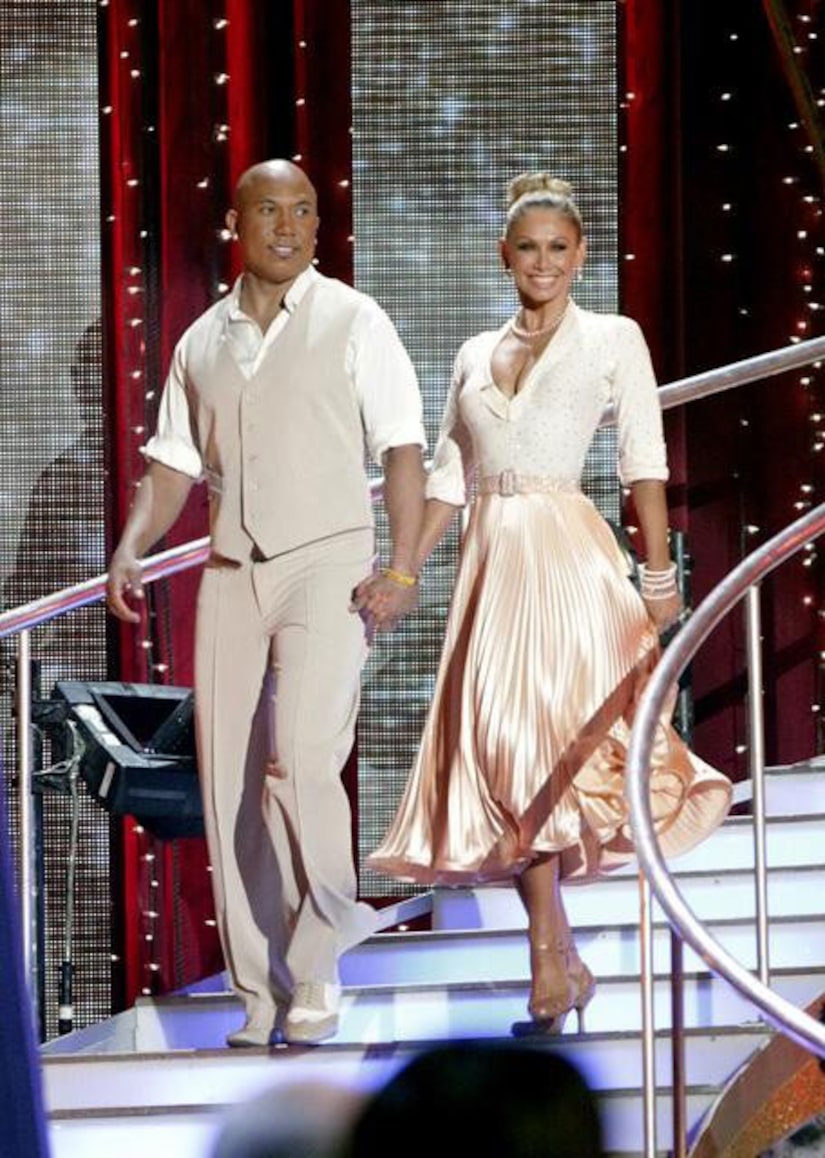 An eyewitness tells "Extra" the dancing duo fell while practicing. L.A. Fire Department confirmed to "Extra" that they dispatched a rescue ambulance to the "DWTS" rehearsal studios. Johnson was taken out on a stretcher with an oxygen mask on her face.

Ward was seen with his head in his hands.

Johnson's rep told "Extra," "Kym injured herself during rehearsals today, she was taken to hospital for precautionary measures, to assure she is OK."

UPDATE: The "DWTS" production released this statement regarding Johnson's condition. "Kym Johnson was admitted to the hospital today immediately after falling and injuring her neck during practice. After several tests, she was cleared by the medical staff, though she is bruised, sore and currently wearing a neck brace. Kym plans to continue with Hines Ward in the competition and resume rehearsals as soon as possible."

Kym later tweeted, "Thank you everyone for your concern,love and support. I'm a little shaken up, sore but I will be fine."