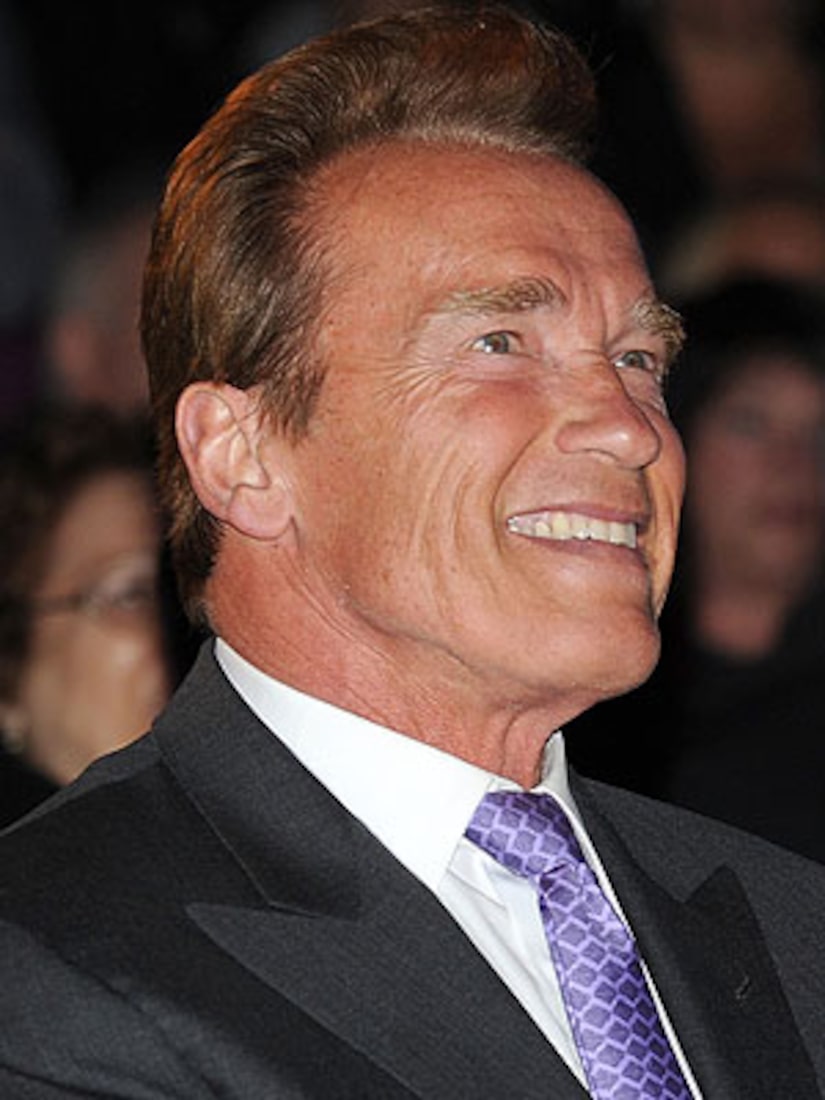 Oh, he's back all right! Free from the political arena, Arnold Schwarzenegger is heading full steam into the movie biz with his first feature, "Cry Macho."

Deadline Hollywood reported the former California governor will receive $10 million up front, and 25 percent first dollar gross on the back end -- meaning if the film's a hit, he'll make many more millions. Not too shabby for guy who's been out of the game for eight years!

The film revolves around a horse breeder (Schwarzenegger) who won the Kentucky Derby. When his wife and child are killed, he sinks into an alcoholic depression and winds up involved in an international kidnapping scheme.

Schwarzenegger's daughter, Katherine, is excited for her dad to be back on the big screen. "I think it would be fun. I'm really happy with him doing whatever he loves to do."

"This is one hell of a way to spend Christmas." — Dekker

"Crom, I have never prayed to you before. I have no tongue for it. No one, not even you, will remember if we were good men or bad. Why we fought, or why we died. All that matters is that two stood against many. That's what's important! Valor pleases you, Crom... so grant me one request. Grant me revenge! And if you do not listen, then to HELL with you!" - Conan

"Thank you for the cookies. I look forward to tossing them" — Julius Benedict

"It's not a tumor!" — Detective John Kimble

"I'm back."— The Terminator