"Extra's" Jerry Penacoli caught up with Tom Cruise on Thursday, and the actor set the record straight on a few recent rumors, one of which involves a new movie based on the bin Laden take-down. When asked if he would consider the role as the Navy SEAL who pulled the trigger, Cruise replied, "You know, I don't know. I mean, it's an extraordinary thing that they did. It was really exceptional."

Tom's most recent project is the screen version of the hit musical "Rock of Ages," in which the Tom says he's having a "blast." Transforming his physical appearance for the part, the actor declared, "I got my hair growing in. I got the hair going!"

His extensive preparation for the role of Stacee Jaxx also involved "training for months and months" and included teaming up with the vocal coach for Guns N' Roses.

Due to his hectic schedule, the busy megastar confirmed he will not appear in an episode of "Glee." "No, no, I'm heading to Miami, man."

The action star also talked about repelling off the tallest tower in the world -- a 2,700-foot skyscraper in Dubai -- for the fourth installment of "Mission Impossible," scheduled for release in December. "It was challenging and I had a lot of fun doing it." 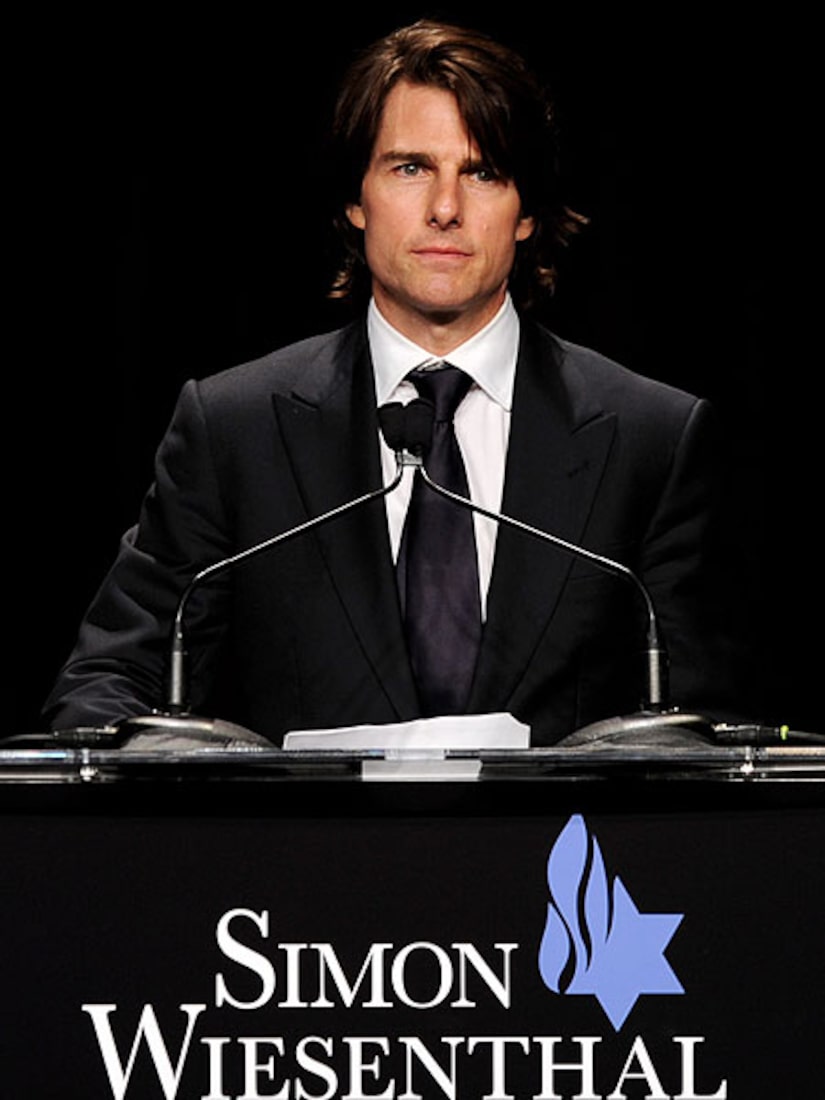 Tom was honored Thursday with The Simon Wiesenthal Center's Humanitarian Award in Los Angeles. The actor attributed his philanthropic spirit to his family. "My mother is an extraordinary woman, giving me some extraordinary lessons in life. When you look at the world and you see things can be better, you can't help but want to make this world a better place."