Rock and roll's gypsy goddess Stevie Nicks invited "Extra's" Jerry Penacoli to her home and revealed the one true love of her life, and opened up her secret journal for the first time.

One of the entries included a recent taping of her appearance on "Oprah." The singer said, "Well, it's done, and I think the interview between me and Oprah went well, even though she's not easy to win over." When Jerry asked why, she explained, "Well, I think, God bless her, she has talked to a lot of people!"

As Nicks and Jerry continued to flip through her treasured journal, Stevie said, "This is the original lyrics to 'For What It's Worth' (singing) 'You said that even if I left my girlfriend, packed up my stuff, loaded my car, drove down to your house...'" 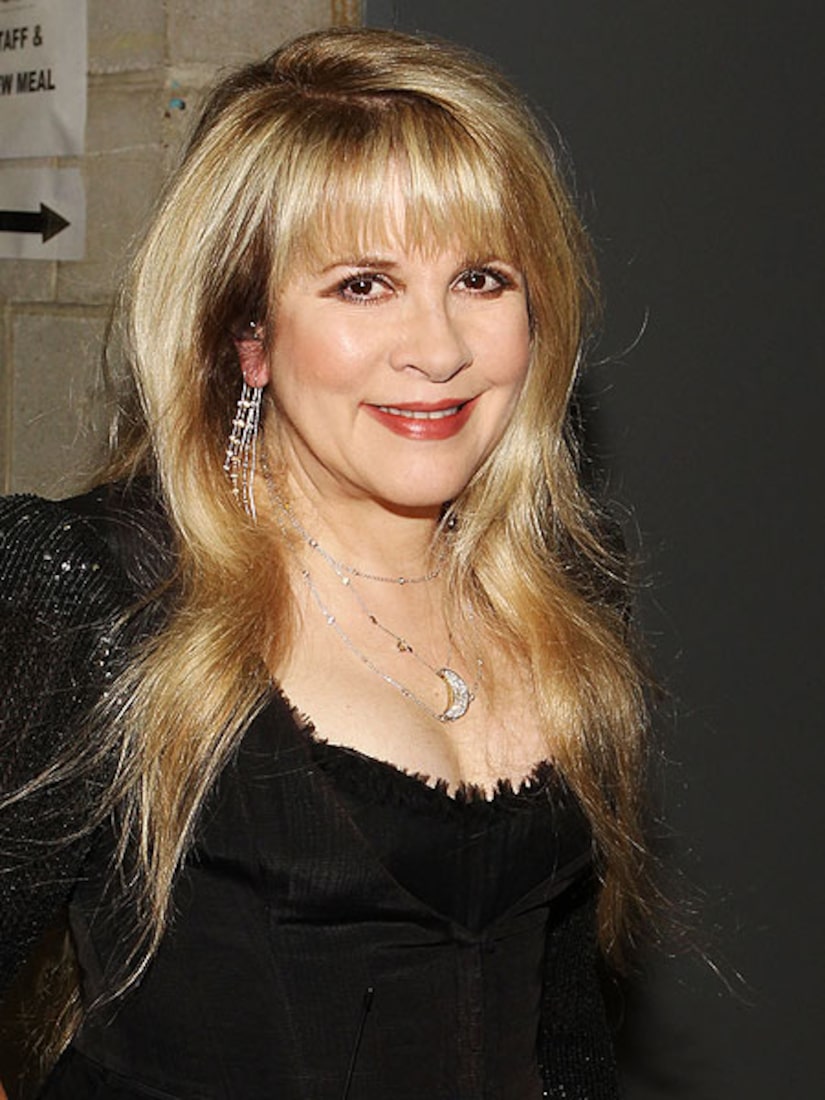 The former Fleetwood Mac singer has sold 140 million albums, and after a decade is releasing a new album, "In Your Dreams," recorded in her home studio. "It was like renting a beautiful old southern mansion and making it a magical album," and added," I am thrilled."

While her music career continues to find success, Stevie's personal life remains a bit quieter. Nicks told Penacoli she does not have a boyfriend because "I choose not to. I chose to be an artist." Reminiscing about her past loves, she revealed she experienced "love at first sight twice." She confessed, "One person, you know. He's a famous rock star... it's not important to talk about him, but what is important is that I saw him from across a room and I fell in love with him that day."

The second time was with Fleetwood Mac's lead guitarist, Lindsey Buckingham. "He was absolutely the romantic love of my life." Stevie speculated, "I think if we had not moved from San Francisco to L.A., both of us feel we would have gotten married and stayed there, and we also believe we would have still been famous." The songstress has no regrets "because that was our destiny."

For more information on her new album, released on May 3, click here.