Jennifer Lopez is celebrating the release of her new "Love?" album, and made an anticipated return to "Extra" at The Grove on Friday. Her latest compilation of songs features collaborations with rappers Lil Wayne and Pit Bull. Lady Gaga also co-produced a few of the tracks.

J.Lo gushed about the album and said it's all about the fans. "It's the best to see people enjoying your music and having a good time. When it really works and really touches people, it's just the best."

Speaking of Lopez fans, hundreds of her most loyal followers lined up at The Grove and even a few celebrity fans had some burning questions for the songstress. Turning to the big monitor near the stage, "Modern Family" star Sofia Vergara appeared on the screen asking, "Can love survive long distance?" Jennifer optimistically replied, "I think so. Love can survive anything -- you just have to want it really bad. Don't you guys think so?" 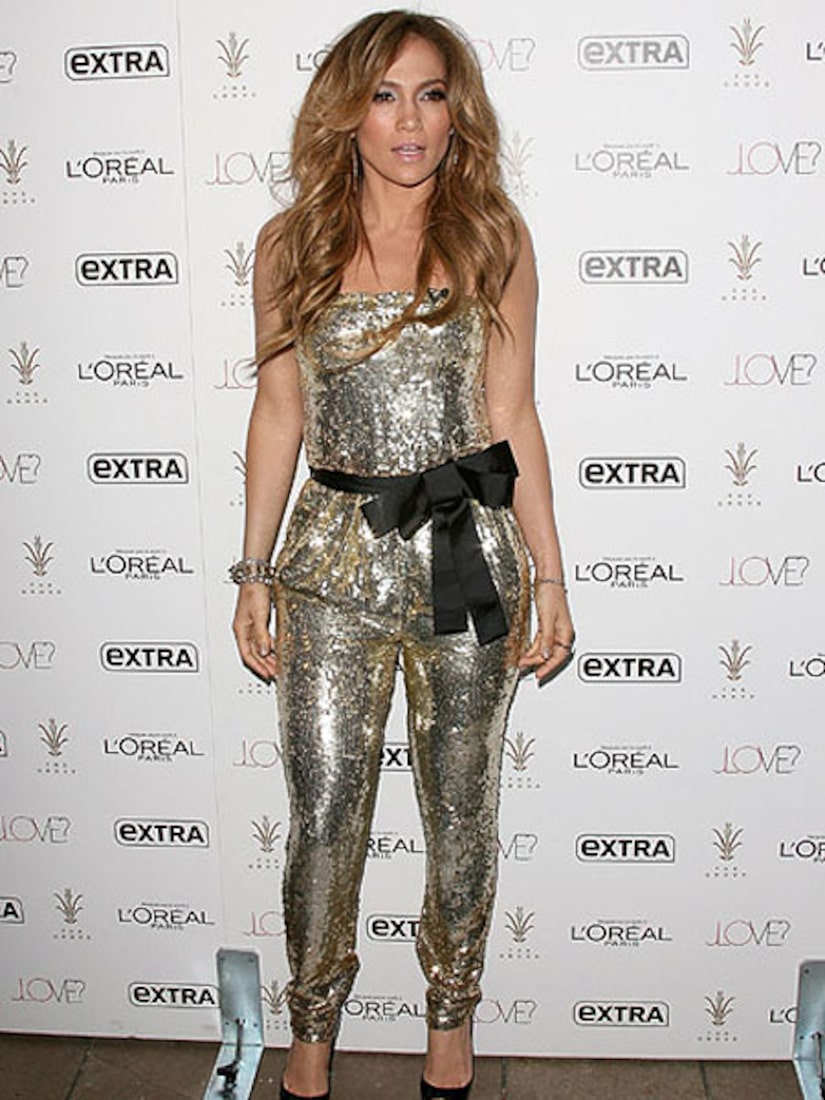 Will Smith asked, "You said love don't cost a thing. Elaborate on that, would ya Jen?"She smiled and responded, "He's so silly. Love doesn't cost, because once you have money, it doesn't really bring you happiness. It's about family, about love, about the people in your life, and you learn as you go."

How Did J.Lo Find William Levy?

The superstar also discussed the latest "American Idol" news and said she was sad to see one of favorite contestants, Casey Abrams, go home. She went on to say anyone can win at this point, but gave some insight on who the next frontrunner could be. "I think James [Durbin] is kind of creeping up to the top."

Behind the Scenes of J.Lo's Music Video!

In addition to the release of "Love?" and judging on "Idol," J.Lo and husband Mark Anthony are branching out to start their own Latin talent search, covering 21 countries in a new show called "Q'Viva! The Chosen." "It's actually about us going into different neighborhoods, people letting us know about the talent, us putting the best back from each country and putting together this big Latin music show."

To join in on the "Love?" fest, visit jenniferlopez.com.