The musical comedy "The Book of Mormon" nabbed 14 Tony nominations today, just short of the record 15 nominations for "The Producers" (it won 12) and "Billy Elliot" (which won 10). 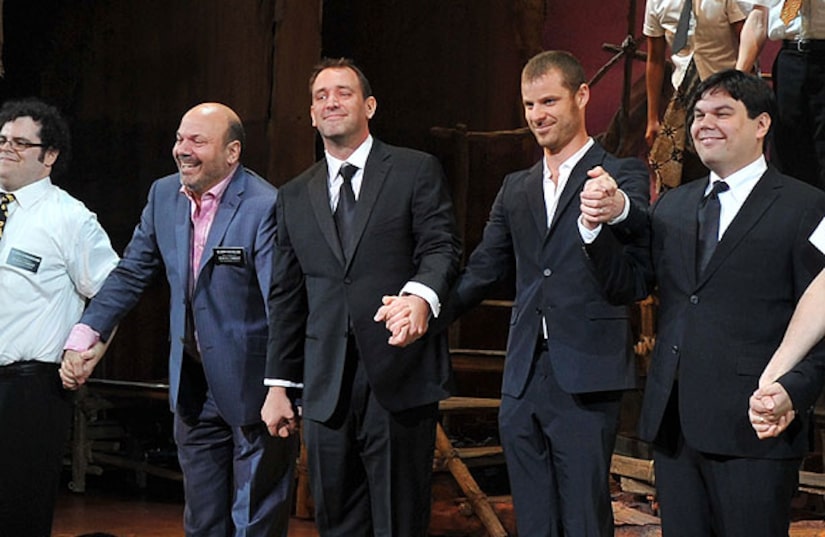 Tony winners Matthew Broderick and Anika Noni Rose, best known for her role in the Broadway production of "Caroline, or Change," announced the nominations at Lincoln Center on Tuesday.

"Mormon" comes from the minds of Matt Stone and Trey Parker of "South Park" fame, and follows the story of Mormon missionaries in Africa, skewering all manner of race and religion. Joining it on the list for Best Musical are "Catch Me If You Can," "The Scottsboro Boys" and "Sister Act."

The Best Play nominees are "Good People," "Jerusalem," "The Motherf**ker with the Hat" and "War Horse."

Acting nods went to Ellen Barkin for "The Normal Heart," Edie Falco for "The House of Blue Leaves," Frances McDormand for "Good People," Vanessa Redgrave for "Driving Miss Daisy" and Al Pacino for "The Merchant of Venice."

The Tony Awards will take place at the Beacon Theater in New York on Sunday, June 12.