During the White House Correspondents' dinner in D.C. Saturday night, President Obama lambasted Donald Trump after weeks of attacks from the billionaire reality TV host and would-be Republican candidate, who was in attendance. 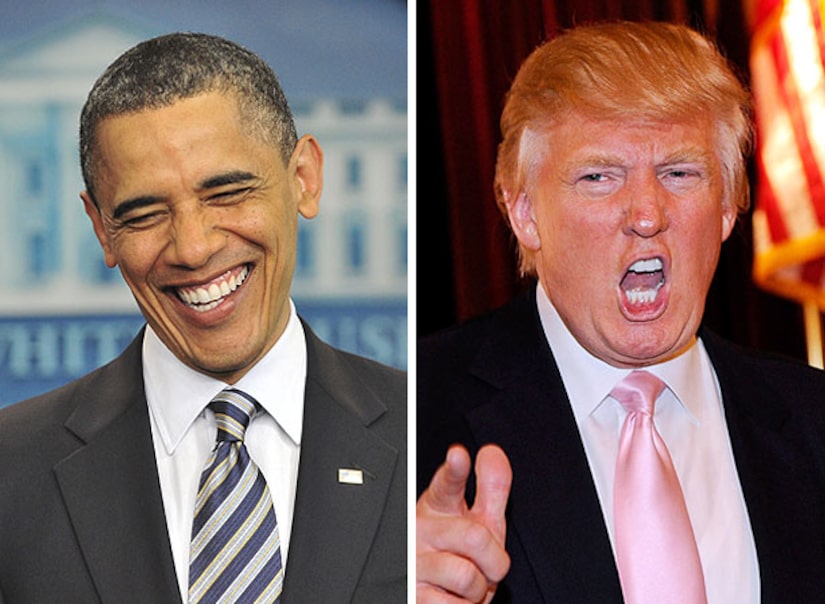 Among the many wisecracks at Mr. Trump's expense, Obama joked that the real estate giant could bring real change to the White House... transforming it to a tacky casino with a Jacuzzi in the garden.

With the President's long-form birth certificate made public, proving once and for all that he's a U.S. citizen, Obama said The Donald can now focus on the serious issues, "Determining whether the moon landing really happened, and the whereabouts of rappers Tupac and Biggie."

Trump laughed along with the audience at some of the jokes, but his smile quickly faded after "SNL" head writer Seth Myers continued to ridicule him. "Donald Trump often talks about running as a Republican, which is surprising. I just assumed he was running as a joke."

The Obamas on "Oprah"

Seth talked to "Extra" about Trump before he took to the stage telling us, "I'm very happy he's coming, let's put it that way."

"Extra" and PopEater want to know what you think -- vote now!