"The Twilight Saga: Breaking Dawn, Part I," won't hit theaters until November, but Entertainment Weekly has released two cool "Twilight" covers for hungry fans who can't wait! Check them out! 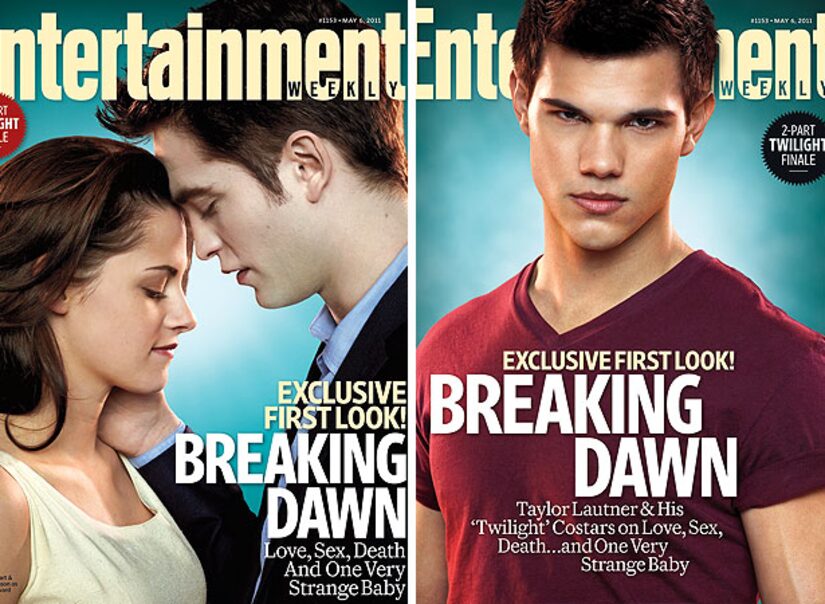 In an interview with the film's stars, Kristen Stewart, Robert Pattinson and Taylor Lautner, Stewart said the wedding scene between Bella and Edward was the most fun to shoot.

"It was one of the coolest things that I've done. There was a certain point when I walked on set, and I saw everyone from the entire cast sitting there in the pews, about to do their bit. And it was just so perfect for me in that moment. It was so emotional in such a real way. I literally felt like thanking them for coming." Read more at EW.com!