"Mad Men" star January Jones is expecting her first child, the father's name not yet released. 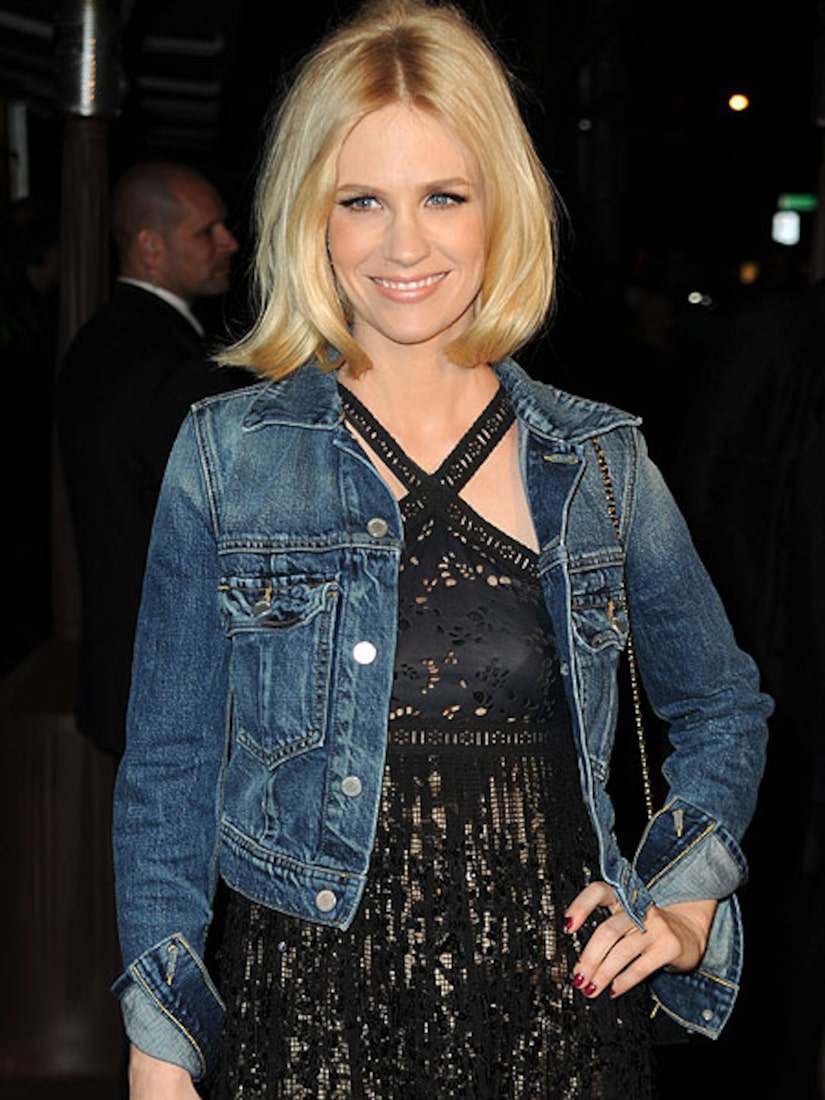 Her rep confirmed to "Extra," "January Jones is happy to announce that she is expecting her first child this fall." She recently dated actor Jason Sudeikis, with whom she split in February.

Jones is keeping mum about any other details. She told "Extra" in February, "I think it's tough to date in general. But maybe it's hard because I live such a transient lifestyle. Never in one place for too long. Plus, I can't commit... all over the place. It's me." Jones recently split with "SNL's" Jason Sudekis.